The Bitcoin (BTC) price created a massive bearish engulfing candlestick on August 2, possibly indicating that the upward move has ended and a corrective period awaits.

Some long-term technical indicators are bullish. The MACD & RSI are both increasing and have not generated any type of bearish divergence. Furthermore, the latter has not even reached the overbought region yet.

The daily chart shows a huge bearish engulfing candlestick created on August 2, which transpired with considerable volume. This is a sign that suggests it is possible that the previous upward trend has ended, and a retracement is likely.

Technical indicators in the short-term, however, are looking bearish. The MACD has generated the first daily bar recording lower momentum, and the RSI is decreasing. This has created a bearish divergence in all time-frames of 12-hours and lower.

Furthermore, the price is still roughly 13% above the 50-day moving average (MA). This shows how overextended the previous upward move was and that a correction is likely in the cards. 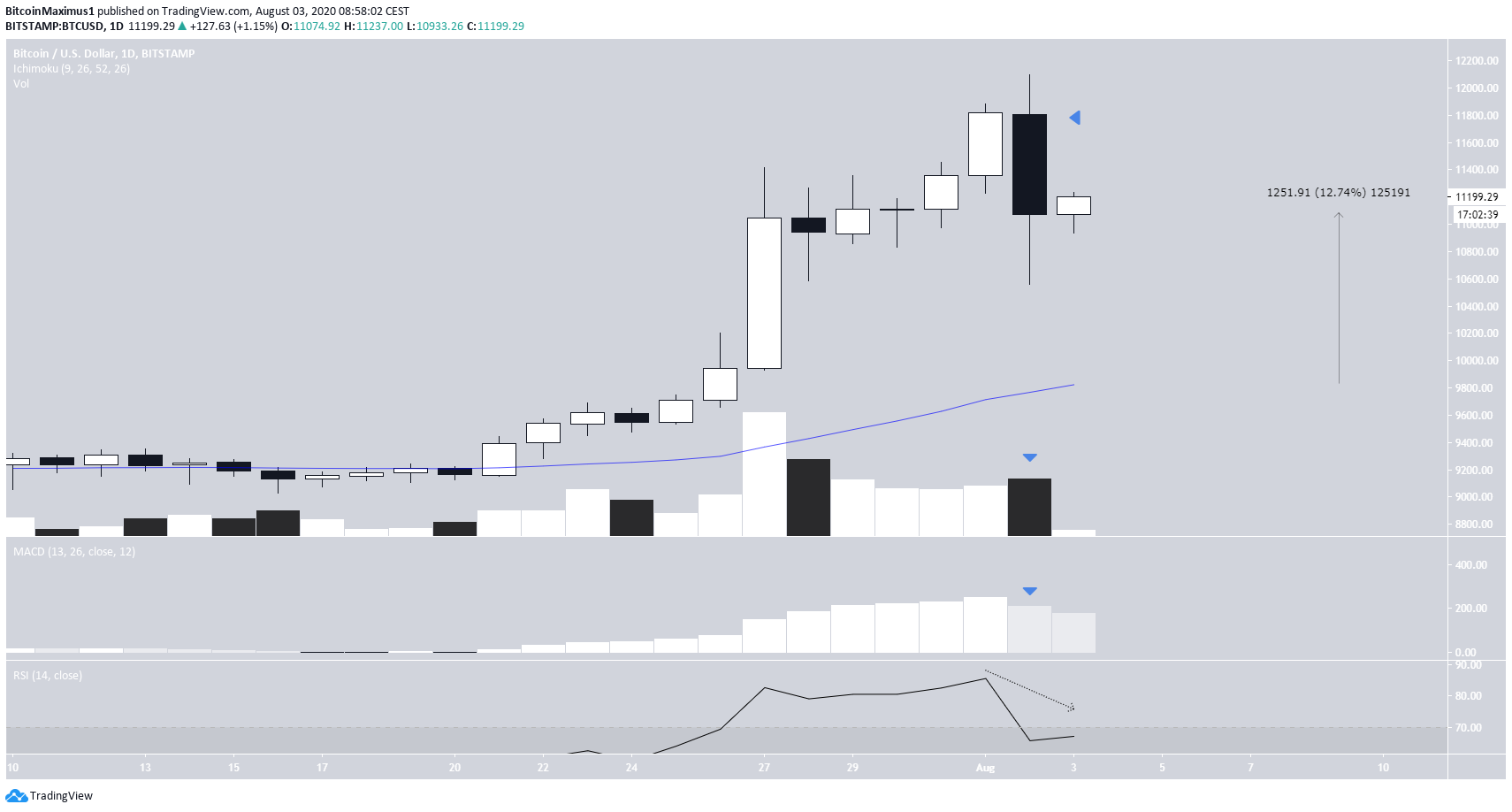 Shutting Off the Pump

Since the upward move began on July 21, the price has created a steeper ascending support line each time it has made a new impulsive move. This is customary in BTC movements, and likely represents three upward waves.

After the $12,134 high, the price plummeted back through the most recent support line, reaching the 0.5 Fib level of the entire upward move. It is currently trading above the minor $10,850 support area.

The creation of successive support lines and the most recent break suggests that the price likely completed a five-wave formation, in which the three impulsive waves were in the upward direction.

When outlining the wave count, it is possible that this was a long-term wave-3, which transpired with an extended fifth sub-wave.

Currently, it seems that the price is in the A-wave of an A-B-C correction.

Considering that the upward move lasted for 17 days, if the same were to happen this time around, the price would complete the correction on August 19.

This will not necessarily happen exactly the same. Corrections often take less amount of time compared to their impulses, but it is a good starting point to determine the possible length of the correction.

To conclude, it is possible that Bitcoin’s upward move that began on July 17 has ended, and the price has begun a corrective period.