On July 27, the Bitcoin price began a massive rally, reaching a daily close 11% higher than the opening price.

This move also caused a breakout above a resistance line that had been in place for nearly three years.

Health Of The Trend

The daily chart shows that yesterday created a massive bullish engulfing candlestick transpiring with very significant volume. This shows us that the breakout was legitimate.

While the RSI is overbought, there is no bearish divergence and the MACD is still going upwards, creating its strongest momentum to date yesterday.

In other words, while the trend is overbought, it has not shown any signs of weakness yet, at least not in the daily time-frame.

However, the hourly chart shows numerous signs of trouble brewing.

First, there is the long upper-wick that reached a high of $11,394, creating what resembles a shooting star candlestick.

There was also decreasing volume during the recent highs, the RSI has generated a bearish divergence, and the MACD momentum has turned bearish.

Furthermore, since the upward move began on June 25, there has not been any overlap between retracements and previous highs. This changed with yesterday’s lower-wick that reached a low of $10,680, breaking back under the previous high of $10,853.

Beginning on July 6, BTC has likely begun a five-wave Elliott Formation. Currently, it seems to be near the top of the third wave. The wave has been extremely extended, going slightly higher than the 3.618 Fib level of the entire wave-2.

We can also outline the sub-wave count for wave 3 (in green below). There is a similar extension for sub-wave five, which is three times bigger than waves 1-3.

The price is nearing the limit of textbook extensions, which would suggest a maximum high of around $11,500.

But, combining the movement with short-term weakness and overlap, it is possible that BTC has reached the top of wave 3. If so, the 0.5 Fib extensions would be found at $10,189. 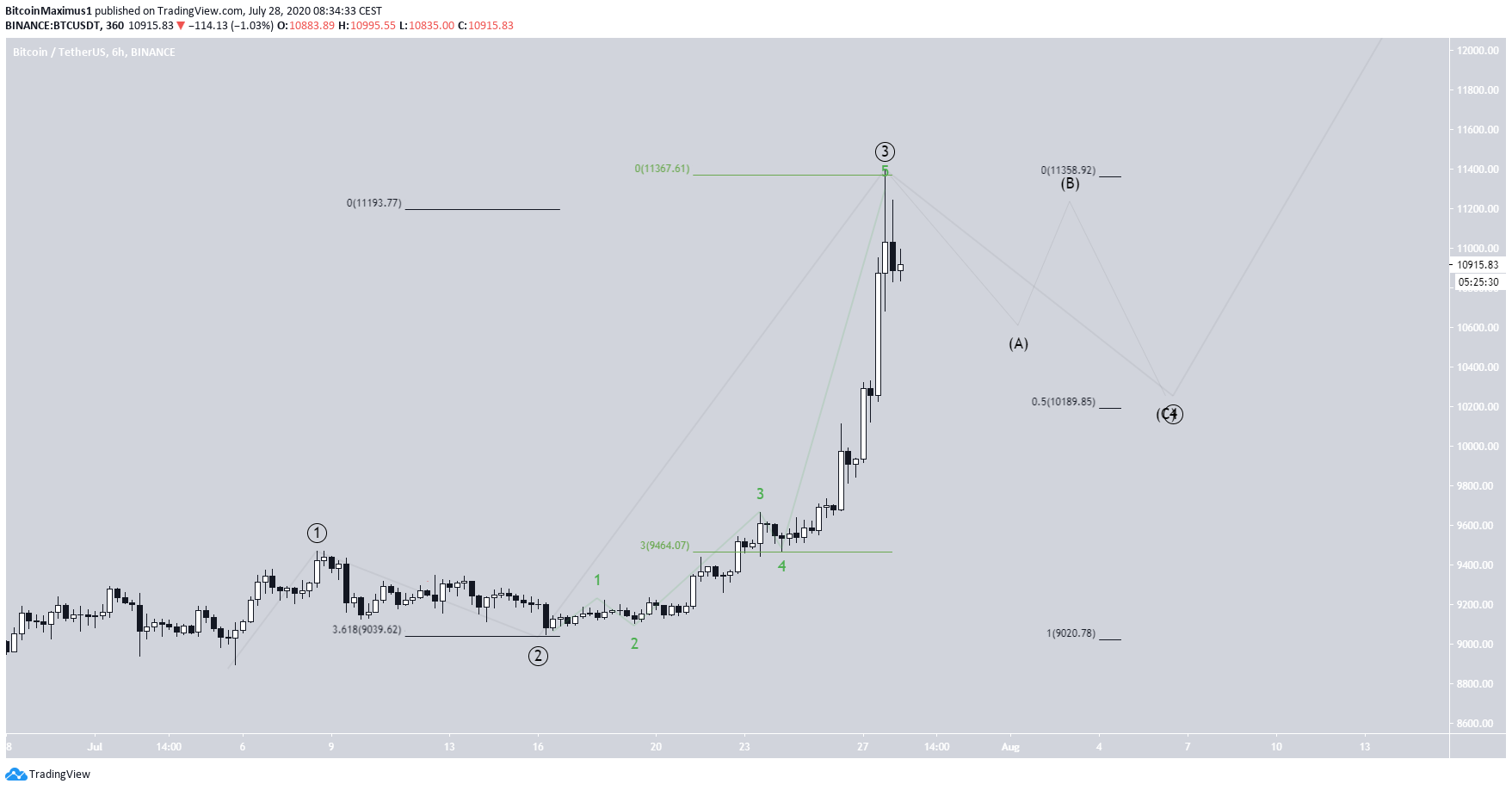 The shorter-term wave count for sub-wave 5 shows both an extended wave 3 and 5, suggesting that indeed we are nearing the end of the upward move, and a correction could soon ensue.

The A-B-C pattern outlined in the chart below would complete the longer-term A-wave (black) from the previous image. 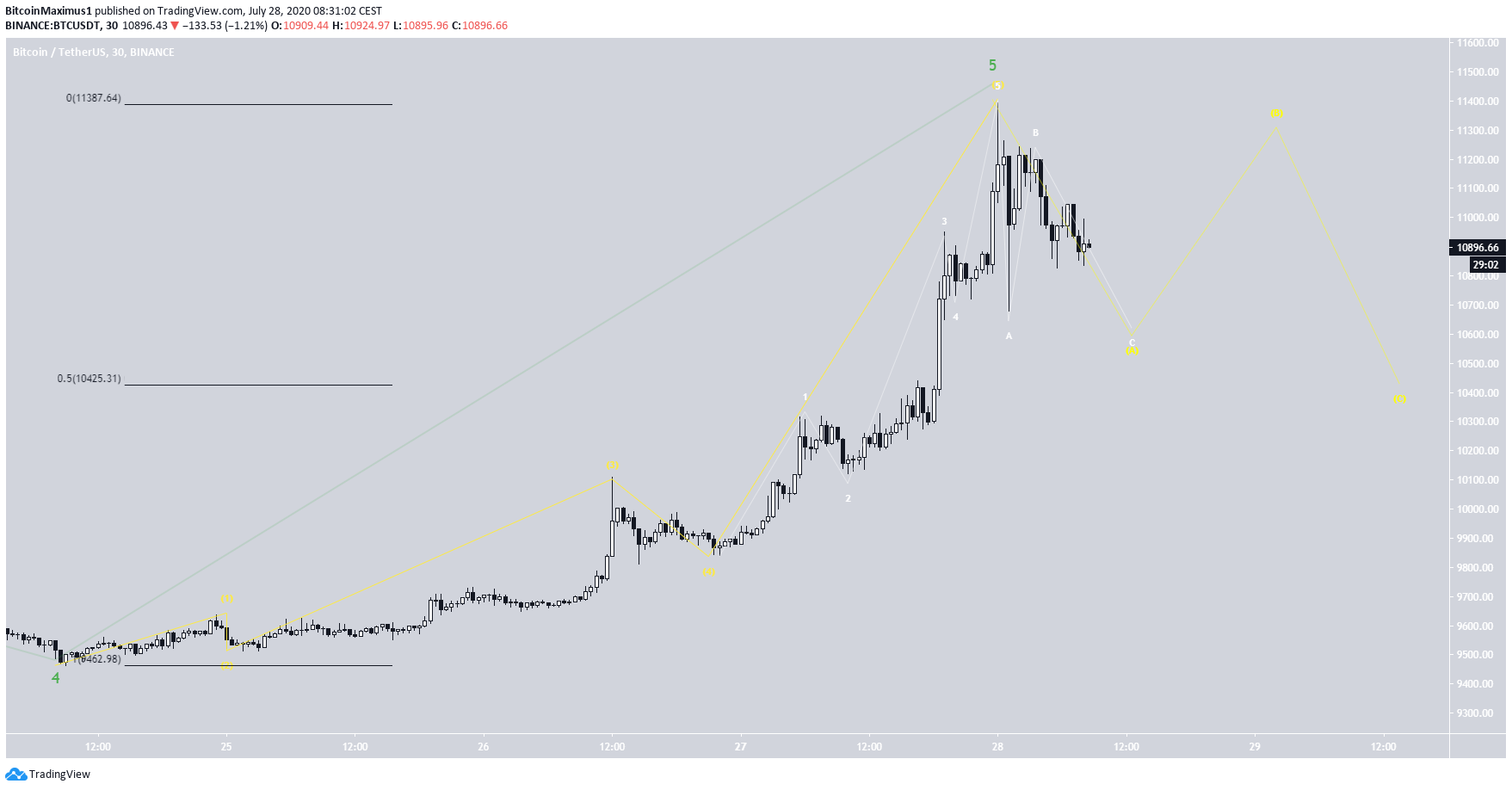 To conclude, while BTC is clearly in a bullish trend, it is nearing the end of the current upward move based on numerous Fib extension levels. If a correction occurs, BTC could fall back towards $10,200.