Bitcoin Shooting Star Could Put an End to the Uptrend

During the week of Aug 17-24, the Bitcoin (BTC) price created a shooting star candlestick inside a long-term resistance area.

Bitcoin has been increasing at an accelerated rate since the week of July 20, creating four consecutive bullish candlesticks in a row over the course of a month.

Last week, the price reached the $12,200 area, which acted as the high during July 2019. The price has not managed to reach a close above or inside this level and instead created a long upper-wick.

Last week’s candlestick was a shooting star, which is normally considered a bearish reversal sign when coming after an upward trend.

While the RSI is not showing any reversal signs and not yet inside the overbought region, the MACD has generated a lower momentum bar. This could be a bearish signal if this week finishes below last week’s close of $11,644.

The short-term chart, on the other hand, shows that the price has broken out from a descending resistance line that had been in place since the Aug 17 high.

After validating it as support, the price has been moving upwards and is currently near the range high of $11,900.

The RSI has moved above 50 and the MACD has crossed into positive territory, this is a sign that the price could likely reach the range high. The most likely scenario would be a rejection from this level followed by a downward move.

A close and re-test of the $11,900 level as support would lower the probability of this happening.

Since reaching a local high on Aug 17, the Bitcoin price has likely completed a downward five-wave formation (in green below), which ended with a low of $11,376 on Aug 22. If correct, the price is currently completing an A-B-C upwards correction (purple).

A five-wave formation would be expected to complete the correction. Besides the previously outlined important Fib levels, there are also former resistance zones at $11,800 and $12,000. 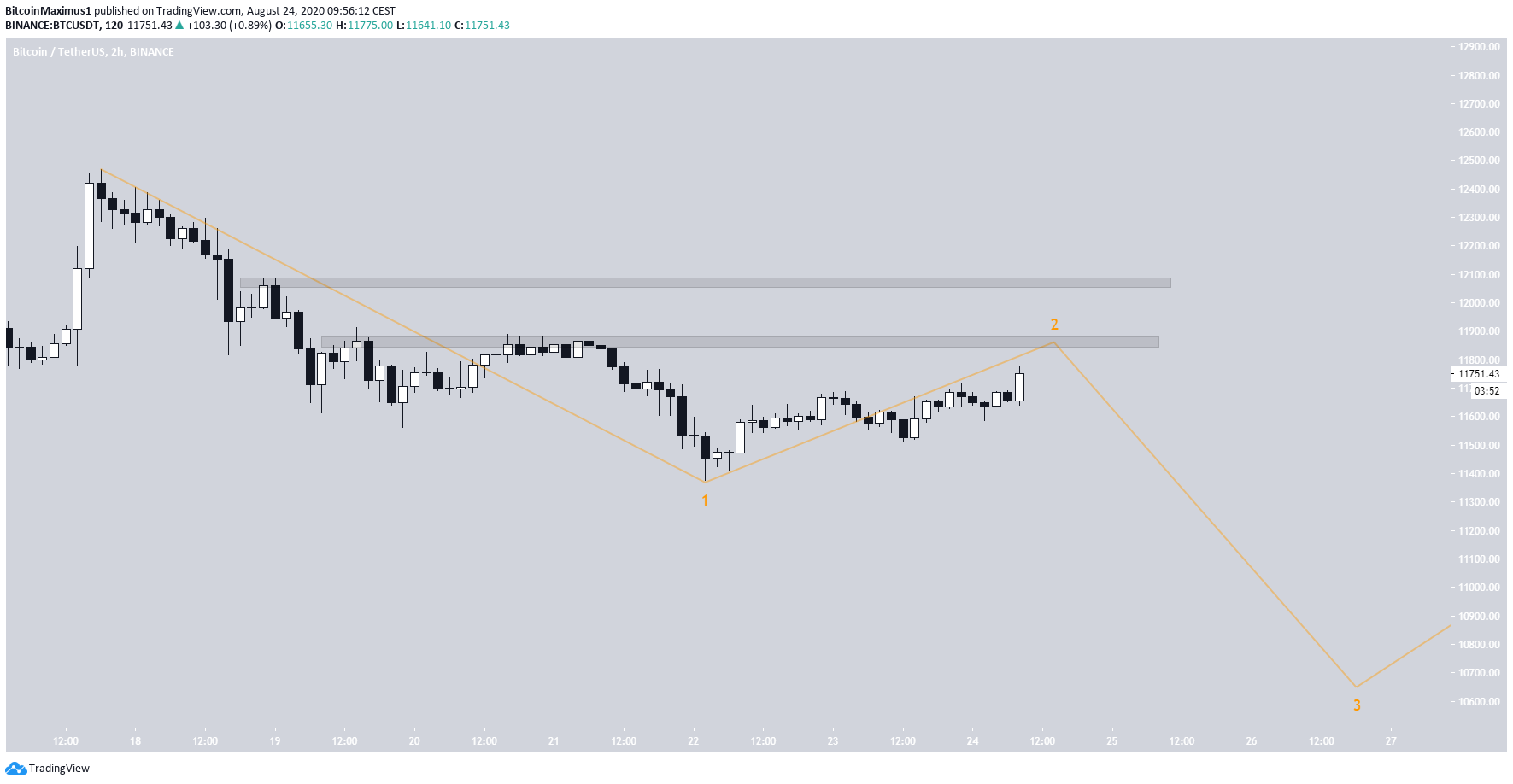 To conclude, the Bitcoin price is likely in the second wave of a five-wave downward move, which is expected to end at either $11,800 or $12,000.

The post Bitcoin Shooting Star Could Put an End to the Uptrend appeared first on BeInCrypto.