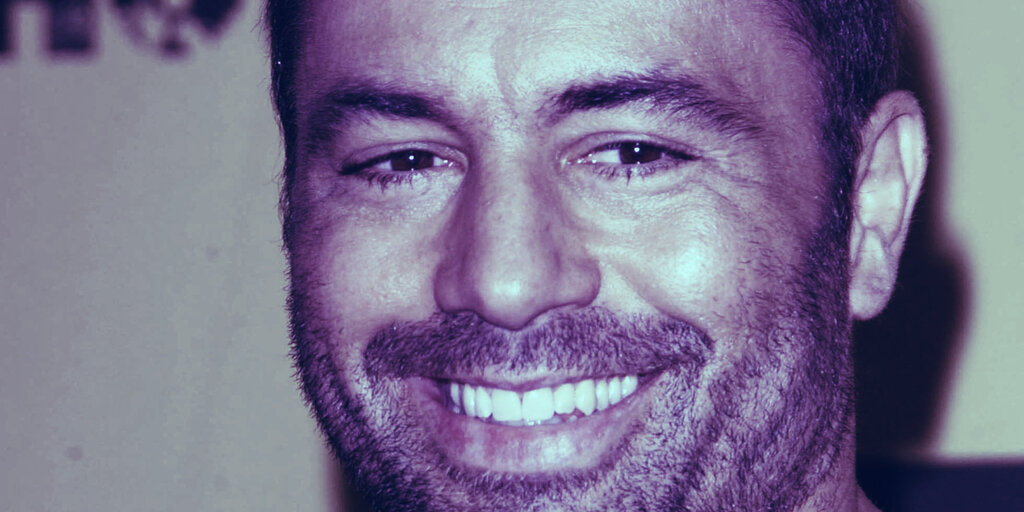 According to Whale Alert, a Twitter bot that posts unusual (and typically very large) crypto transactions, a “fake giveaway scam” today earned 1 Bitcoin, or around $9,300.

As bait, the scammers used Joe Rogan, the DMT-loving, weed-smoking libertarian podcast host and comedian with 8.9 million subscribers on YouTube, along with right-wing commentator Ben Shapiro.

According to Whale Alert’s new service, Scam Alert, the scammers had set up a website offering to give away free Bitcoin. Rogan and Shapiro were used to lure them in.

“Joe Rogan and Ben Shapiro believe that blockchain and bitcoin will make the world more fair. To speed up the process of cryptocurrency mass adoption, We decided to run 5 000 BTC giveaway.”

Of course, the funds will never come.

According to Scam Alert, the scam, little more than a website and a wallet address, has made $30,944, with an average payment of $6,188, since it launched this month.

Rogan and Shapiro aren’t the only likenesses used to con people out of their crypto. Elon Musk, of course, has been a popular choice among Bitcoin scammers. The latest scheme to borrow Musk’s name and fool crypto users into giving away their coins raked in $2 million for the fraudsters as of mid June.

Other scammers impersonating the World Health Organization in March ran a “COVID-19 Solidarity Response Fund,” a scam-only version of the WHO’s real fund. The fraudsters encouraged people to send money to help the WHO deal with the coronavirus pandemic. (The real fund was supported by companies such as Google and Facebook.)

The (fake) fund said it would “enable all countries to track and detect the disease [and] send personal protective equipment to frontline health workers,” in exchange for Bitcoin. It didn’t.