Bitcoin price surges $100 in minutes after weeks of decline 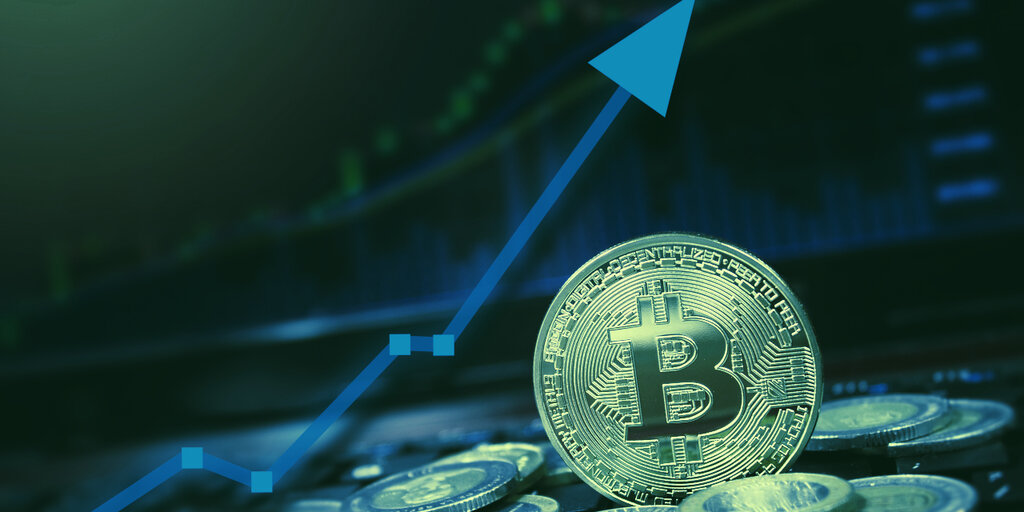 The price of Bitcoin (BTC) has shot up today, reaching $9,330, after weeks of bearish price action. The coin rose $100 in 30 minutes in a sudden spike.

Bitcoin’s trading volumes are also bouncing back somewhat. While trading volumes had fallen to as low $12 billion three days ago, they have bounced back up to $16 billion.

Over $2.6 trillion of value has been sent on the Bitcoin blockchain since inception.

Bitcoin’s price action comes not long after the network reached a small milestone. According to Dan Held, director of business development at crypto exchange Kraken, the Bitcoin network has now sent $2.6 trillion of value since it was created. That’s based on the amount of Bitcoin moved in each transaction based on the approximate price at the time. Doing the math, that comes to $236 billion per year on average. Not bad for rat poison.