Bitcoin Price Smashes Through $20,000 as Bull Run Gets Underway 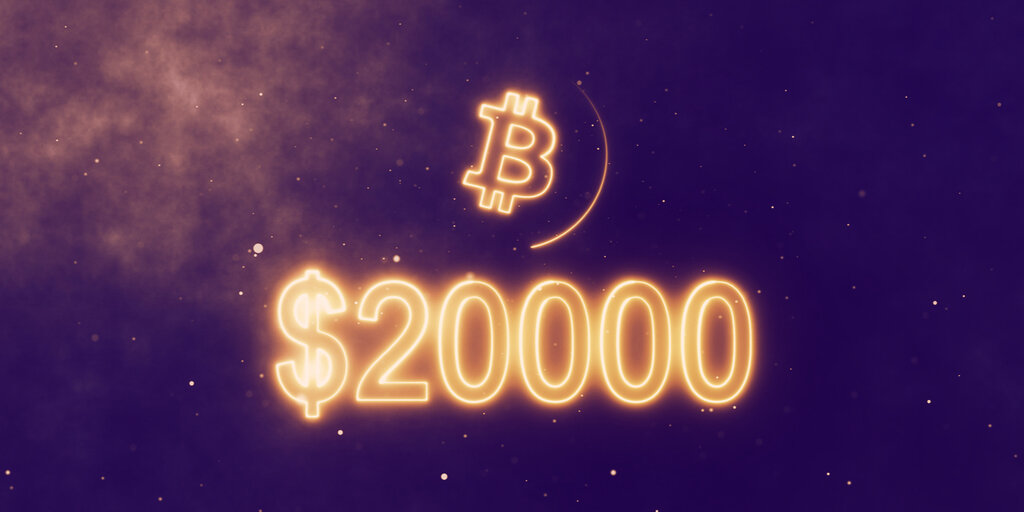 It has been an eventful few months for Bitcoin. After embarking on a bull run starting this September—which saw the cryptocurrency’s price increase from about $10,000 to $19,000—Bitcoin crashed during the US Thanksgiving Day weekend, dropping to the $16,351 mark. On November 30, Bitcoin finally broke its all-time high.

There are multiple reasons for Bitcoin’s recent success, including mainstream investment from institutions like MicroStrategy. But, according to Changpeng Zhao, CEO of Binance, there is more to it than big-name investors.

“With better liquidity, better fiat on- and off- ramps and institutional investors getting involved now that there’s more regulatory certainty, it’s heartening for those of us who believe in the long-term power of cryptocurrencies to increase the freedom of money globally,” Zhao said.

What’s more, regulatory certainty has been praised by others who have become high-profile Bitcoin investors. Raoul Pal, former hedge fund manager who recently invested 75% of his liquid assets in Bitcoin, tweeted about how important regulation of Bitcoin is.

“You might hate regulation of BTC, you might have a MASSIVE philosophical aversion to it, and that is fine, but they are going to regulate the fiat on ramps and off ramps and it will make you RICH,” Raoul Pal tweeted on November 29.

I'm going to explain this again – you might hate regulation of BTC, you might have a MASSIVE philosophical aversion to it, and that is fine, but they are going to regulate the fiat on ramps and off ramps and it will make you RICH, as institutions now be able adopt it. #tradeoffs

That being said, it’s important to remember Bitcoin is officially in uncharted territory. Nobody truly knows where Bitcoin goes from here.

“People will now be wondering how sustainable these prices are for Bitcoin given the sharp declines in value we’ve seen near these levels before,” Zhao added.

That historical data might imply Bitcoin is set for yet another crash, but there remains a belief that 2020’s bull run, and subsequent all-time high, have come at a time when Bitcoin is far more resilient than in 2017.

“This reinforces Bitcoin’s position as one of the best stores of value of the internet age. We remain bullish on Bitcoin’s fundamentals and its outlook in the long term as we continue to build the hardware infrastructure that secures the Bitcoin network,” Tim Rainey, CFO of Greenidge Generation, told Decrypt.

But with 100% of Bitcoin holders in the green, it’s no surprise that many are feeling confident.