Bitcoin Price Rebounds to $11.6K as VIX Is ‘Extremely Bullish’ 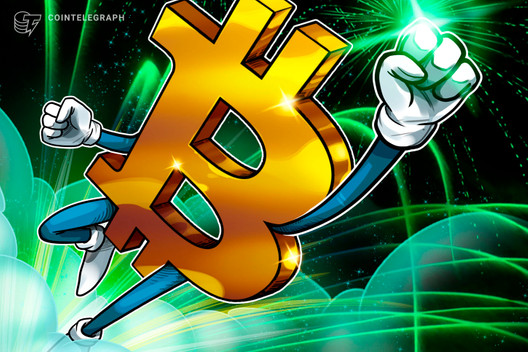 A fresh surge for BTC/USD sees bears increasingly left behind as the weekend’s $1,200 drop gets almost canceled out.

Bitcoin (BTC) soared past the key technical resistance level of $11,500 and past $11,600 on Aug. 5 as a fresh round of bullish sentiment canceled out more of last weekend’s plunge.

Data from Coin360 showed BTC/USD reaching four-day highs of $11,650 at press time on Wednesday, having gained over 4% in the past 24 hours.

Excitement remains palpable for Bitcoin, which has spent the week slowly patching up losses after it fell $1,200 from highs of $12,000 on Sunday.

Bitcoin could surge higher if the United States Federal Reserve seeks to raise inflation in a move that “doesn’t make any sense.”

In an address last week, Fed Chair Jerome Powell revealed that the results of a year-long review which would dictate future policy could come as soon as next month.

This, as CNBC reported on Aug. 4, would mean the Fed sticks to lower interest rates for the year in order to get inflation to a target of 2%. Annual inflation to June 2020 was 0.6%.

As a result, recent all-time highs for safe-haven assets should continue, with gold, silver and potentially Bitcoin all feeling the benefits of the Fed’s measures.

It would be “wildly bullish” for both gold and silver, he added.

Bitcoin has recently copied safe-havens’ record rise, with press-time levels passing $11,600 on the back of quarterly gains of almost 60%.

As Cointelegraph reported on Wednesday, multiple statistics show a surge of interest and investment in the cryptocurrency over the past few months.

Continuing, another analyst warned that a shift to higher inflation would cause more pain for the average consumer, and flew in the face of logic.

“The consumer is very fragile right now. The last thing we should be shooting for is a higher cost of living.”

Summarizing the plans, Gabor Gurbacs, a strategist at Bitcoin-friendly investment manager VanEck, painted a grim future for the U.S. dollar and those who hold it.

“The two options with fiat money is to spend it fast before it inflates or put it in speculative markets artificially propped up by central bank printed money,” he wrote on Twitter.

“Fiat money is not a savings instrument. The average person doesn’t understand this.”

Meanwhile, another indicator of potential further gains for Bitcoin came in the form of its relationship to the VIX volatility index this week.

VIX is derived from the activity on the S&P 500, a stock market with which Bitcoin has historically demonstrated up to 95% correlation.