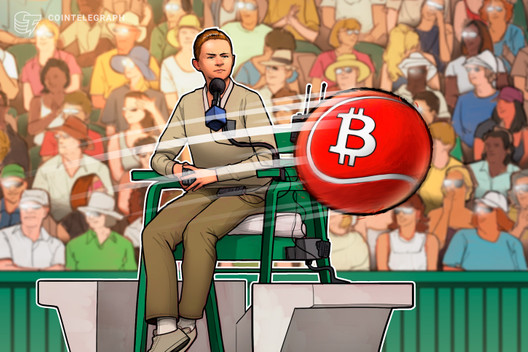 Bitcoin price looks shaky after dropping below $9.3K support but still remains in a general uptrend since March even if another pullback occurs.

On the other hand, altcoins have been starting to show signs of life with the BTC market dominance index sliding from 67% to 65% after the halving. Is the momentum now shifting towards altcoins from Bitcoin as the most anticipated event is behind us? 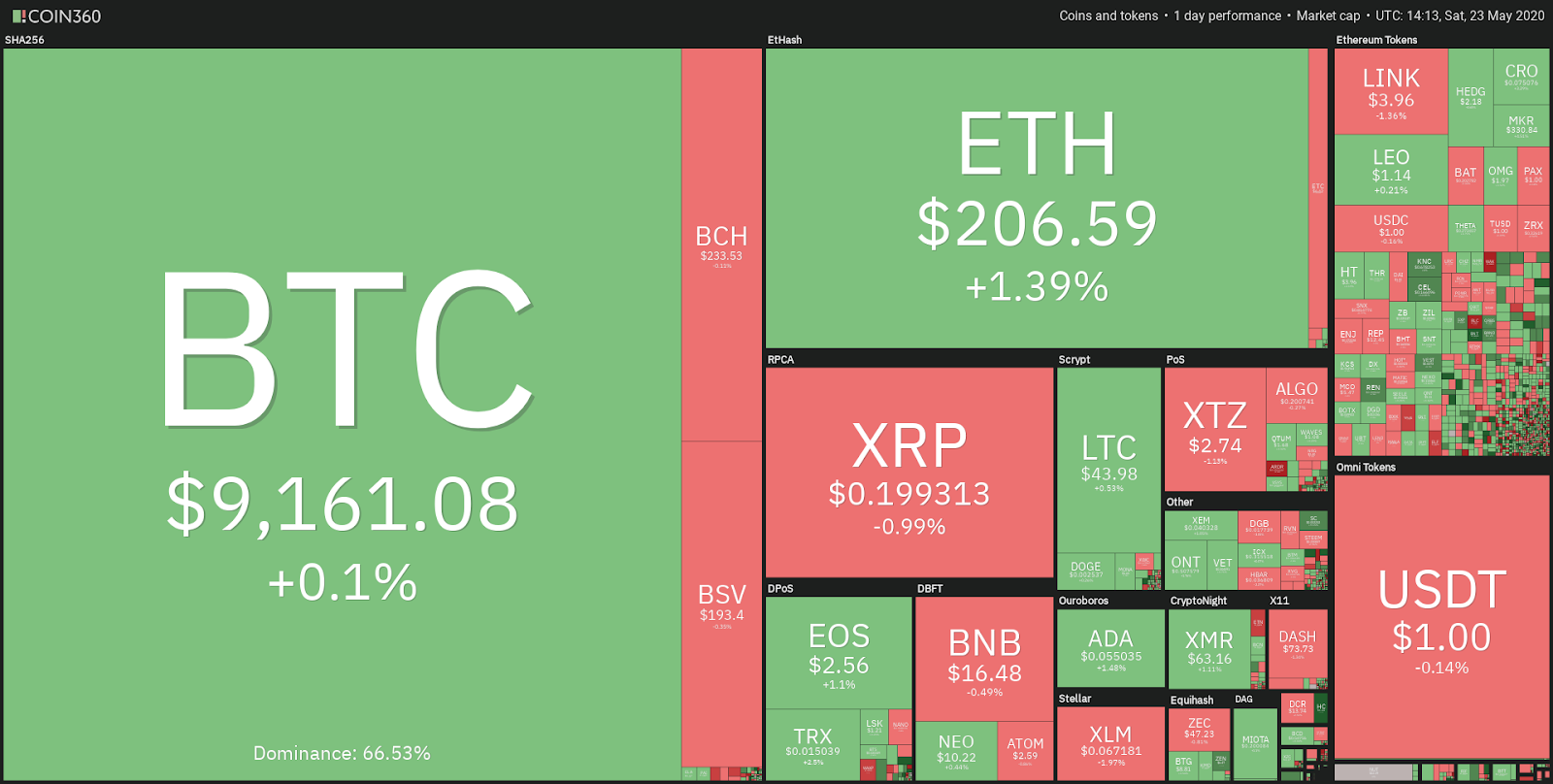 Bitcoin price is hovering inside a wide range as volatility drops

Additionally, BTC is moving above the 100-day and 200-day moving averages (MA), a bullish sign for the markets.

As the halving hype is slowly fading and the market goes back to its daily rhythm, the price of Bitcoin is also stabilizing. Is that unusual?

No, that’s normal. The halving was such a big event for Bitcoin that the hype on social media can create unsustainable price rallies and drops around the event.

The previous halving shows a similar structure. The price of Bitcoin moved significantly in the run-up to the event, then a pre-halving crash occurred and a new range was established. Throughout the month, the price of Bitcoin consolidated inside a range.

Afterward, one more drop occurred and the market continued its upward momentum while holding the 200-MA as support until the peak in December 2017.

Bitcoin fails to break $10,000 and drops out of the rising wedge

As the 4-hour chart is showing, the price of Bitcoin lost the rising wedge structure and broke down. In other words, another failure breaking through the $10,000 psychological barrier.

Alongside the drop, the price lost the support at $9,300. Recent moves have also confirmed this level as resistance as well. However, support was found at $8,900 as the chart is showing.

What’s next? Is the upwards momentum over? Or is the market simply returning back to normal with altcoins gaining more attention? 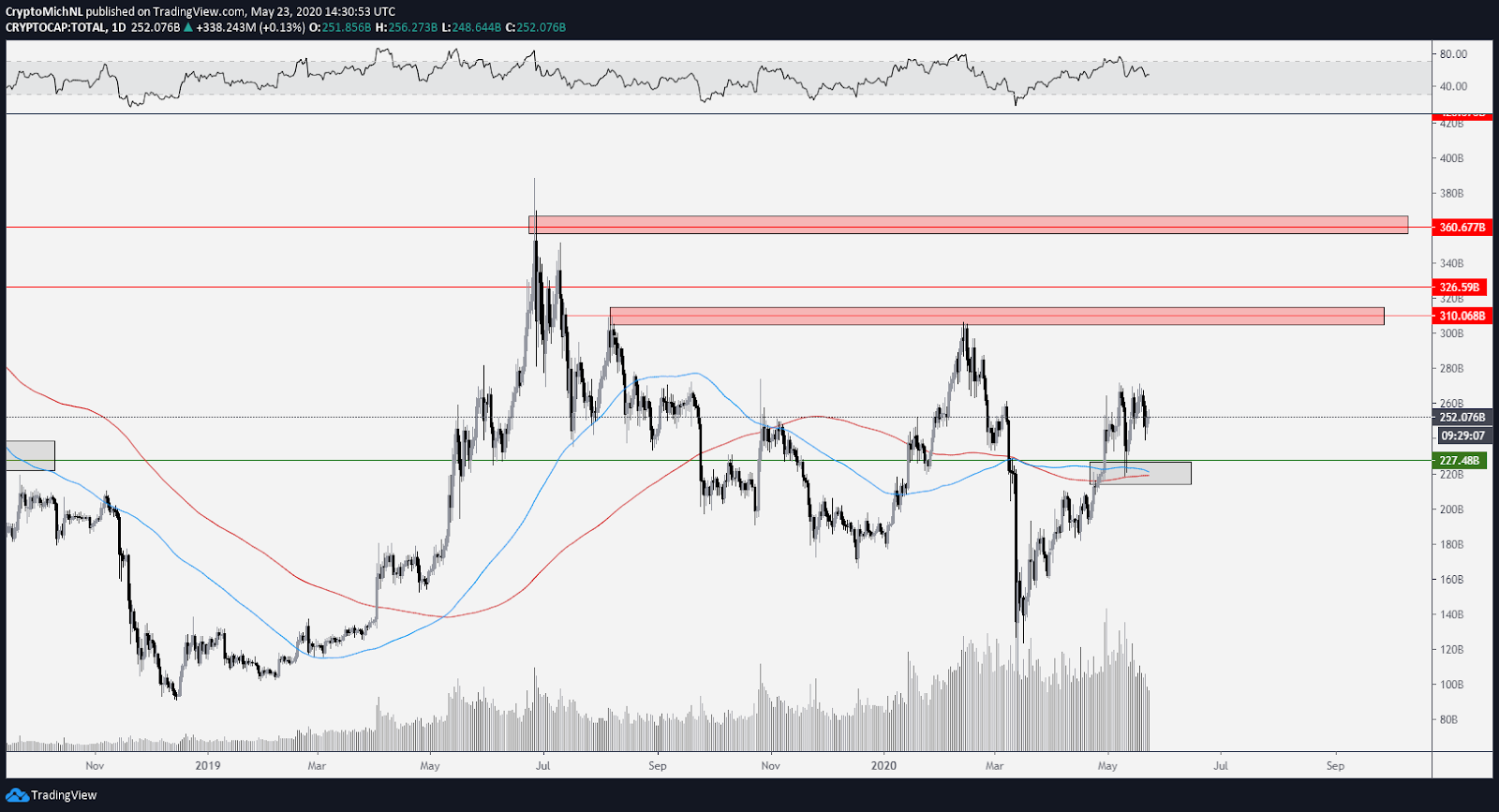 The total market capitalization is still holding the 100-day and 200-day MAs as support, which is crucial for further upwards momentum.

However, the market cap itself is currently consolidating after a 120% surge in a matter of eight weeks. What’s the crucial level to hold? It’s the grey box at $220-225 billion.

If that level remains support, the total market cap will be in prime position for a surge toward $300+ billion, possibly even $360 billion. However, losing that key level can see a fast drop.

The significance of this level lies in the fact that it’s both the 100-day and 200-day MA acting as support confluent with a strong horizontal support level, which served as support throughout 2018. 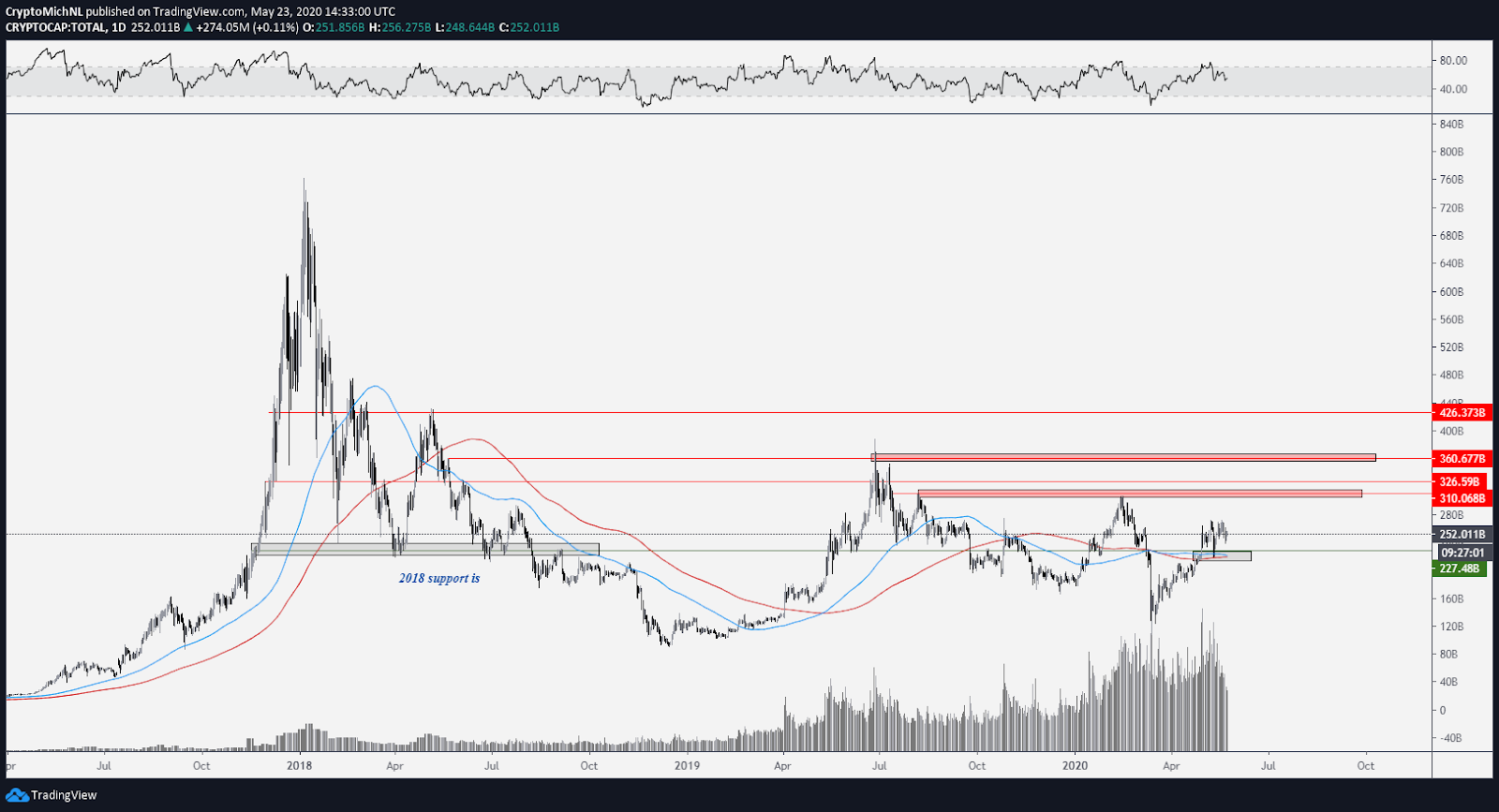 Thus, not only will $220-225 billion level holding as support be a strong signal for further upwards momentum, but it would also make the March 12 crash one big shakeout for the entire cryptocurrency market.

Finally, the volume indicator is showing an increase in volume. This is another strong signal as this would suggest more accumulation.

The total altcoin market capitalization chart shows a strong support/resistance flip of $70 billion, a level that’s also confluent with the 100-day and 200-day MAs as support. This is important as the market cap didn’t lose these MAs during the previous crypto bull market cycle.

The altcoins by themselves are also lagging heavily as $113 billion is the 2018 support level comparable with the $6,000 level for Bitcoin.

The chart above shows that altcoins have been lagging in general. Is that a bad thing? No, Bitcoin is a first mover and also peaked first in December 2017, after which the altcoins followed.

Right now, Bitcoin had its first run pre-halving towards $10,200. But the volume is now also increasing for altcoins. This means that demand and interest are increasing potentially setting the stage for altcoins to finally catch up.

If such a move occurs, a retest of the range high between $9,800-10,100 is likely as the next step. As this level has been tested many times already, the resistance level should be weaker as a rule.

In that regard, if this scenario plays out, a breakout to the upside could see the price of Bitcoin potentially run toward $11,000 or $11,500.

However, once the price of Bitcoin isn’t able to break through the $9,300 barrier, retests of the lows should be expected. Levels to test would be $8,800 (already tested once already), but, more importantly, $8,200-8,500 support of the current range.

Nevertheless, this would still not be catastrophic for Bitcoin in general. The structure would still remain in an upward trajectory since March 12. The price has been making higher highs and higher lows since then, which is by definition a strong upward trend. Consolidation is, in fact, healthy for the market if new highs are to be established.