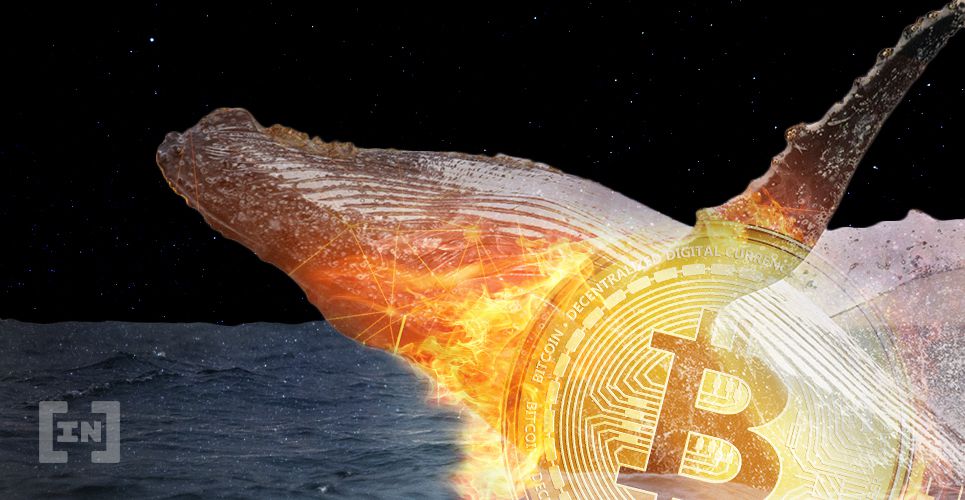 Some of the first Bitcoin ever rewarded to a miner has just moved. A total of 50 BTC, mined in February 2009, was transferred from one unknown wallet to two others earlier today. The market greeted the news with a selloff.

50 Bitcoin Move for the First Time in 11 Years

The news was pointed out by veteran Bitcoin industry observer WhalePanda (@WhalePanda) via Twitter. Writing that such an event “does not happen often,” WhalePanda added that it doesn’t look like the wallet is related to Bitcoin’s anonymous creator:

Just for the record: this is not a known Satoshi address or anything.

Looking at the Bitcoin blockchain itself confirms the movement and the age of the coins. The unknown early Bitcoiner was clearly one of the network’s first miners. The wallet has only three transactions — the first of which is from the Bitcoin coinbase (not to be confused with the cryptocurrency exchange of the same name) and is dated Feb. 9, 2009.

The wallet has only ever contained this single early block reward. The second and third transactions from it occurred earlier on Wednesday at 14:48 GMT. One was for around 40 BTC and the other almost 10 BTC.

As mentioned, the owners of any of these wallets are for now a mystery. However, analyst I am Nomad (@IamNomad) believes the smaller transaction made it to exchanges:

Looks like a second hop from the 9.o split was sent on to Coinbase.

The only other thing known for definite about the miner was that they were among the very first — the coins are from just over a month after the Bitcoin network went live.

WhalePanda and others have dismissed the notion that the coins are linked to Satoshi Nakamoto, but there is no shortage of speculation to the contrary. However, such theories seem based on nothing but speculation.

Given the ease with which miners could guess hashes to these early Bitcoin blocks, the cost of mining these 50 BTC was likely a less than few cents. In those days, mining Bitcoin did not require the powerful computer systems it does today.

Early miners would run the code on a laptop and generate the then-valueless digital currency with no clue to its future value. Today, those 50 BTC are worth more than $482,000.

If the theory above is true and the 9.99 coins did make it to exchanges, this early Bitcoin miner appears to be very much part of the bullish camp. Their transactions suggest that they’ve taken more than $96,000 in profits and are continuing to hold the rest — at least for now.

Apparently Bitcoin investors are less convinced that the early coins are nothing to do with Satoshi. The market has greeted the news with a sudden selloff.

If the coins were belonging to Bitcoin’s creator, the fact that they are suddenly selling could be cause for concern for BTC investors. Having mined more than 1 million BTC, Nakamoto would certainly have the resources to crash the market.

As pointed out by trader and industry observer Luke Martin, the one minute chart shows a clear plunge in price from the time that WhalePanda first reported the moving coins.

The post Bitcoin Price Falls as BTC Mined in Early 2009 Moves for the First Time appeared first on BeInCrypto.