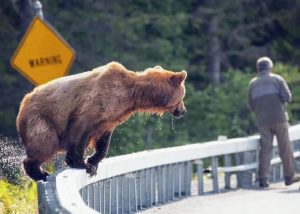 Bitcoin [BTC] drops from $10,00 by 4.39% as the price fails to break above $10,000, yet again. On the hourly, the chart show considerable uncertainty at the top, possibly due to large sell orders.

Co-incidentally, the price dip occurred in the subsequent hours after market open at CME. The opening price at Bitcoin futures contract was $225 dollars higher than closing price on Friday. Nevertheless, the bullish gap gets filled almost instantly at the weekly opening with a drop.

A drop of nearly $450 dollars forms a bart simpsons pattern on spot exchanges. It dropped below the support from 50-period moving average on the 4-hour at $9822.

Starting to see sellers come in. Look for what price “should be doing” that it isn’t doing right around now. i.e.
Heavier selling coming in yet price remaining afloat. Need to trap some before we move, if up is the case. I am not sure. $BTC

His skepticism turned true after the buyers failed to push above the daily high once again. The sell-off was a potential short signal with 2 consecutive failed attempts at $10,000.

Clark tweeted on the price action,

After rejection again there are 2 small bounces that fail at the equal highs within the range. After second failure buyers are toast, done stepping in at the low. Good opportunity to side with aggressive O.F. $BTC

The long order liquidation on BitMEX was about $25 million with the downward action, according to Datamish. The failure to break below the $9800-$10,000 region also hold a lot of significant w.r.t. volume profiles. Trader Joshnimics tweeted the volume profile chart,
Nevertheless, it also seems to suggest huge buying support above $9500. The price would need to break or below the regions of support and resistances for huge decisive moves.
Do you think the bulls will be interested in buying the dip or it will test $9500 as resistance again? Please share your views with us.