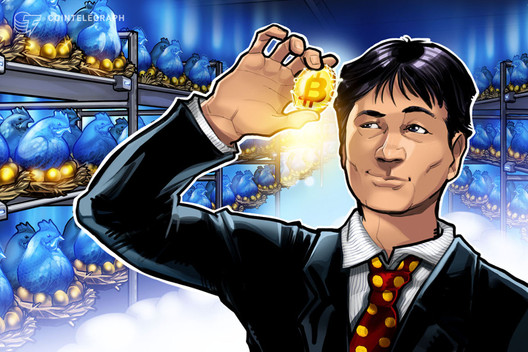 HaoBTC and Poolin shift over 7,000 BTC as bullish tendencies appear to fade and BTC/USD falls back to $9,500.

Bitcoin (BTC) miners may have started selling coins once more as data shows two mining pools release over 7,000 BTC in a single day.

The figures, from on-chain monitoring resource CryptoQuant, came hours before BTC/USD abruptly fell back to $9,500 on June 24.

The mining pools under the spotlight are HaoBTC and Poolin, with the latter seeing its second-biggest daily outflows on record. In total, the two saw outflows totaling 7,153 BTC ($68.1 million).

While the move did not correspond to a similar increase in exchange balances, the coins could still end up sold via alternative methods such as over-the-counter trading — a practice prevalent in HaoBTC and Poolin’s native China.

As Cointelegraph reported, miner outflows had in fact been decreasing since a spike in May caused by the block subsidy halving.

During that time, miners were briefly selling more than they earned, a trend which they subsequently broke to begin saving income.

Twitter commentators further noted that miner sell-offs accompanied downward Bitcoin price action, something which may hold true for the past 24 hours. In that time, BTC/USD has lost around 1.1%. 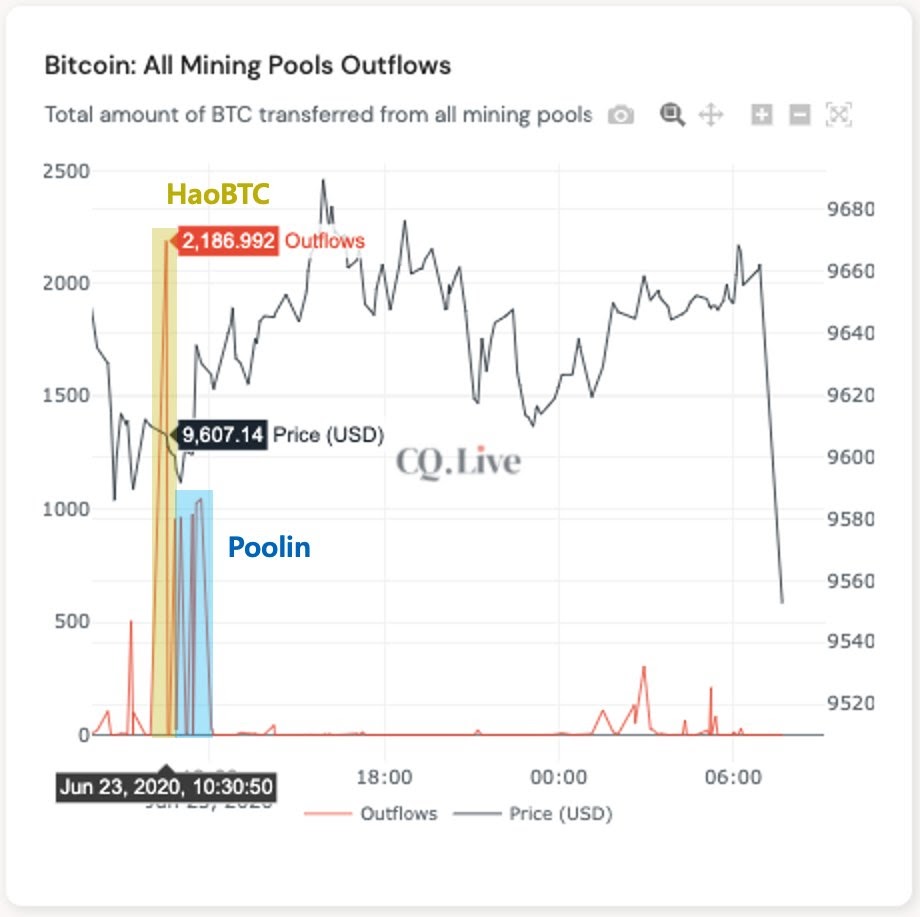 The behavior marks a contrast to Tuesday’s bullish optimism. Analysts had been hopeful that an uptrend may soon begin, sparked by rumors that PayPal was about to integrate cryptocurrency support.

A trip above $10,000 to as high as $12,000 was a firmly-established theory, with Cointelegraph Markets’ Keith Wareing and Michaël van de Poppe among those eyeing the possibility for an exit to five figures.

Even taking into account the latest drop, however, Bitcoin remains within a strong scenario which it would only jeopardize by breaking below $9,200, Van de Poppe previously said.