Bitcoin Price Crashed for a Third Time This Week. Here’s Why 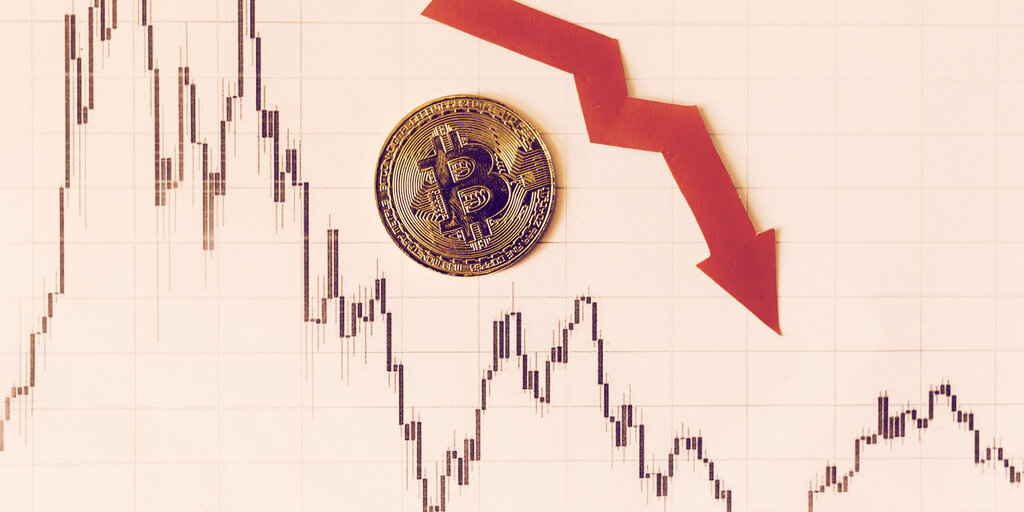 The price of Bitcoin took yet another nosedive today, falling from about $10,600 to $10,245 in under an hour, a drop of 3%, per data from metrics site CoinMarketCap. Seems minor, but it’s the third major crash this week. Why?

So why has Bitcoin crashed during one of the busiest weeks for crypto ever? Bitcoin works in mysterious ways, but the experts handed Decrypt some likely options.

One likely culprit, he said, is a “dump from miners.” Said Peters: “On-chain analytics platforms reported that mining pools have recently been moving higher than usual volumes of Bitcoin onto exchanges.”

Miners are moving unusually large amounts of #BTC since yesterday. #Poolin, #Slush, #HaoBTC have taken the bitcoins out of the mining wallets and sent some to the exchange.https://t.co/NcLmXvZmOD pic.twitter.com/N3E3mX4QKn

Philip Gradwell, Chainalysis’s chief economist, used the blockchain investigation firm’s technology to discover that Bitcoin had been pouring into exchanges in record levels this week.

“Bitcoin inflows to exchanges were 92k yesterday, highest in 37 days, as people rushed to sell at near $12k prices of 1 September,” he tweeted.

#Bitcoin inflows to exchanges were 92k yesterday, highest in 37 days, as people rushed to sell at near $12k prices of 1 September. That sell pressure has likely not been fully worked through yet. Data from here: https://t.co/pOtdWVHfeP pic.twitter.com/8jxaS2lZsW

If lots of people dump Bitcoin on the market en masse—something that often happens when prices skyrocket since traders want to cash out for a profit—then it’s likely that the price of Bitcoin will come tumbling down, often even faster than it went up in the first place.

Next up, postulated Peters, is “the raid/seizure on Bithumb.” Bithumb, South Korea’s largest cryptocurrency exchange, was raided by police yesterday. The raid, according to Seoul Newspaper is linked to the $25 million token sale for Blockchain Exchange Alliance (BXA) token,

Another reason could be this week’s stock market wobble. The US stock market, which this summer rebounded after the COVID-19 crash, fell. Over the previous two days, the Nasdaq has dropped by over 7%, and the Dow by 2.2%

Bitcoin is often considered as a safe-haven asset—meaning that it is uncorrelated with the stock markets—but it crashed along with stock markets in March, and the same could be true this week.

But it’s not fallen below $10,000, the mythical price point above which the cryptosphere considers Bitcoin to be strong and stable. “I believe there is strong support around the $10,000 level,” said Bovaird.

“It may present an opportunity for bulls that were sitting on the sideline to now get involved.”

For holders’ sakes, let’s hope they don’t have weak hands.

I love the crypto crowd, but they’ve got weak hands. Grab your nuts and dump your money into the stock market #DDTG pic.twitter.com/sZAB4qWiOk