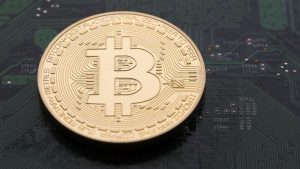 The pre-holiday volatility being experienced across the cryptocurrency market is a blessing in disguise. Many traditional shut the digital market because of the high volatility. However, the people within the industry cannot survive without the same volatility, at least not for long.

Bitcoin dived under $8,000 last month and extended the losses under $7,000. The support formed above $6,500 formed the base of the recovery seen on Wednesday. Besides, the double-bottom pattern formed in the same level contributed immensely to the reversal. Bitcoin pulled magnificently above $7,000. The engulfing candle climbed the levels at $7,200, $7,400, and even came close to breaking the critical hurdle at $7,500.

At press time, Bitcoin is doddering at $7,151 after losing some ground from the high close to $7,500. Bullish momentum is building towards $7,200 (immediate resistance). The action is also supported by the upward-pointing Relative Strength Index (RSI) at 57.45. As long as the RSI stays above average and sustains an uptrend toward the overbought, Bitcoin’s potential of retesting $7,500 will continue to grow.