Bitcoin Price Analysis: BitMEX’s XBT/USD Readies For A Lift-off To $9,200 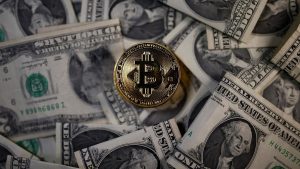 Bitcoin opened the session on Wednesday at $8,720. A shallow upward correction hit an intraday high at $8,791. The price has also tested the short-term but vital support at $8,600. However, Bitcoin price already adjusted to the market value at $8,641. The prevailing momentum remains bearish in the near-term. However, the high volatility means that with the right volume and an upward break past the key resistance at $8,700, Bitcoin could be on the trajectory to $9,200.

The recent surge above $9,000 fizzled out before hitting $9,200. A reversal occurred after testing the descending channel resistance. Although the momentum had $8,000 in the sight glass, traders prevented further declines marginally above $8,450.

In spite of the decline from $9,200, it is evident that the bulls still have influence. For example, the consolidation above $8,600 continues to ignore the downward sloping Relative Strength Index. Similarly, the 50-day SMA is trending upwards, in other words, buying power is present but not enough for significant action upwards. The trajectory to $9,200 depends on the bulls’ ability to clear the resistance at the 200-day SMA as well as sustain a breakout above the descending channel.

Bitcoin perpetual swap contract on BitMEX has an index price of $8,641. In the last 24-hours, the contract has posted a trading volume of $1.9 billion, which is significantly below last week’s peak. This means that the consolidating market is quite choppy and is locking out many speculative traders.

The post Bitcoin Price Analysis: BitMEX’s XBT/USD Readies For A Lift-off To $9,200 appeared first on Coingape.