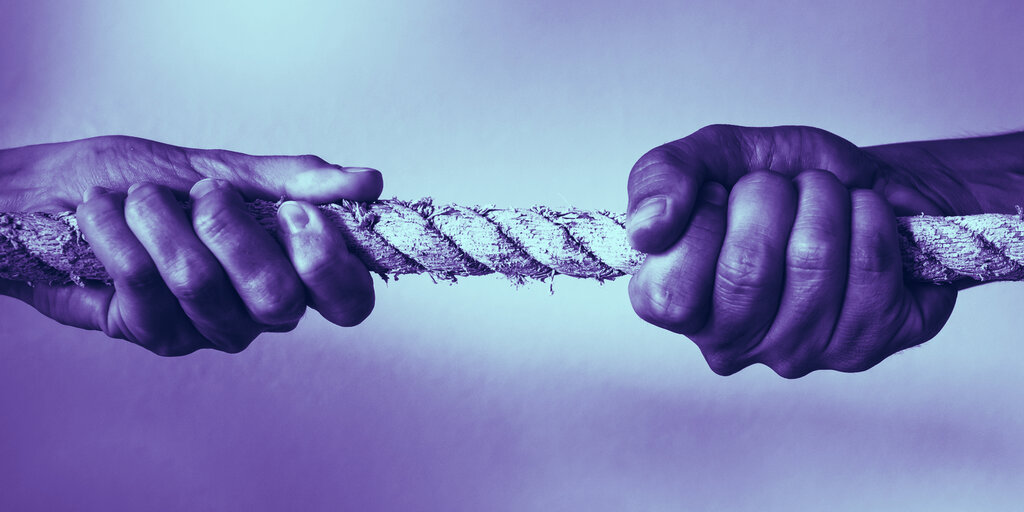 Cobra, the pseudonymous owner of the Bitcoin.org domain, has cut ties with its maintainer Will Binns over a disagreement.

Cobra said that Binns was trying to claim partial ownership of the site—that was originally set up by Bitcoin inventor Satoshi Nakamoto—when he was just a contractor. Binns maintained that Cobra unfairly dismissed him, and is now looking for funding for legal action.

“I have removed Will Binns as the site’s maintainer, during a conversation on Twitter he had claimed that his work contributing to bitcoin.org conferred on him more authority than what I had agreed with him,” Cobra stated.

Cobra shared several screenshots of a dialogue between the pair. They show that Binns was contacted by Mozilla, the company behind web browser Firefox, which offered him a grant or an investment of up to $75,000 stake in his company.

In response, Cobra told Binns to take the money but make it clear that neither he nor his company has any ownership rights or stake in Bitcoin.org.

“It needs to be clear that they [Mozilla] are supporting you personally, and your own personal work (a grant is preferred here), but if they want some ownership over your company, they have to know that this company doesn’t have any ownership over Bitcoin.org,” Cobra told Binns.

“We don’t want them believing they can put up a mere $75,000 and thinking they have some ownership over bitcoin.org,” Cobra added.

Binns claims Bitcoin.org is in ‘danger of being compromised’

After Binns was fired, he took to file sharing platform GitHub to complain.

“Bitcoin.org […] is now in danger of becoming compromised, if it hasn’t just happened. @Cobra has removed my access and seized control of the site and accompanying code repositories. I do not believe Cobra is the sole and lawful owner, nor does he have any right to do these things without just cause,” Binns wrote on June 24.

He claimed that Cobra used recent messages he “sent in regular conversation regarding my work and the management of bitcoin.org” as the main reason to cut him off from the project. Binns also alleged that his statements were taken out of context and used to skew public opinion in an attempt to infringe upon his rights.

“I believe he is looking to illegally transfer ownership of the site without due process, and this may only be the beginning,” he added.

As a countermeasure, Binns asked the community to assist him in “setting up a legal fund and the help of experts.” Simultaneously, he announced that the website’s treasury will be placed under the control of a trusted third party. “The funds are safe, the site is not,” Binns concluded.

“Your position appears to be a misplaced and inappropriate response to Cobra suggesting that he was considering not handing you unilateral control of Bitcoin.org. I hope you reconsider your approach,” wrote Maxwell.

He added that for several years—since long before Binns got involved—Cobra retained “actual control over the domain,” and nothing has changed since then.

Not that anyone knows who Cobra is.