European Bitcoin (BTC) mining firm Northern Data has seen its stock fall 40% in days amid claims that it committed fraud.

Northern Data: “We’re as transparent as it gets”

While touting the scale of its computing capacity to investors and analysts, including well-known German bank researchers, one critic in particular argued that in fact, the company was mostly involved in Bitcoin mining hosting.

For well-known investigative Twitter user BTCKING555, suspicions arose when Northern Data failed to respond to basic questions about its business.

Thereafter, a Medium post delivered a longer exposé, after which Northern Data hit mainstream media and its share price tumbled.

“It’s a very unpleasant point in time,” Maximilian Martin, head of finance at Northern Data, commented to the Financial Times.

“It gives the anonymous trolls a power of influence. I’m not concerned because I know we’re no criminals — that’s the biggest point of differentiation. We’re as transparent as it gets.” 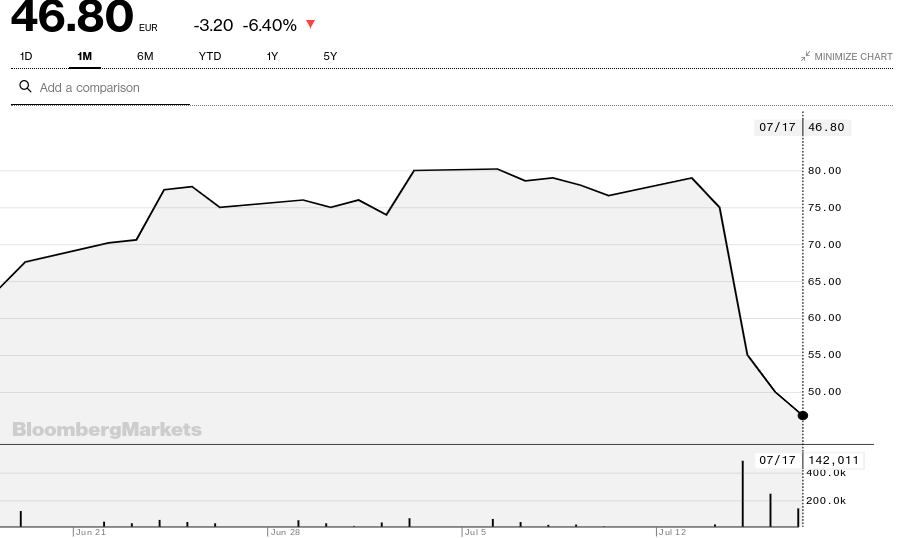 Keeping the faith after Wirecard

The Medium post disagrees. Taking issue with everything from revenue to pricing, it also casts doubt on the legitimacy of those who invested in the company itself, among them well-known crypto companies SBI Holdings and The Block.

“As such we make a conclusion:

1) Northern Data clients are paying lower, industry competitive, rates and the company is cooking the books;

2) The company has found the dumbest customers in the crypto industry and milking the most it can for its whopping 40% gross margin.”

The debacle is grimly pertinent, coming within weeks of another German scandal involving financial firm Wirecard.

After $2 billion went unaccounted for, the company folded, with the knock-on effects impacting consumers worldwide.

Any funds tied to Wirecard, such as those on prepaid debit cards, were suddenly frozen, leaving users without their money. As Cointelegraph reported, Bitcoin debit cards were also affected.

Before its own difficulties, Northern Data was another example of cryptocurrency business equity vastly outperforming cryptoassets themselves — often thanks to roadmaps that include plans such as conducting an initial public offering, or an IPO.

Other firms such as Canaan (NASDAQ:CAN) have not fared as well, however, with its stock price down nearly 70% YTD or from around $6 to $1.92 at press time.