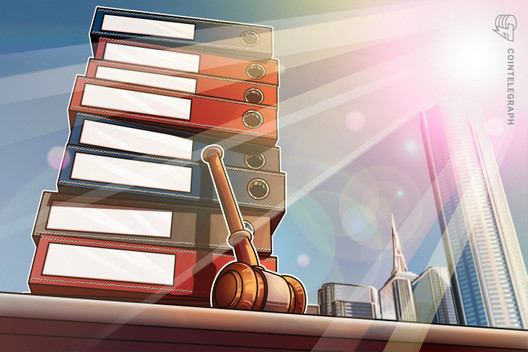 According to a complaint filed on Aug. 14, the power usage model employed by Layer1 for Bitcoin mining violates Lancium LLC’s patent filed in March 2020.

The founder of Lancium LLC, Michael McNamara and Raymond Cline, had reportedly filed the patent after formulating a method to help data centers shut down or start operations depending on the cost of electricity in near real time.

The company claims that its data center power management system allows data centers to be more flexible with their energy consumption and more efficiently handle computing workloads including Bitcoin mining.

Layer1 had purportedly been using the exact same method to operate its Bitcoin mining operations while calling it “its proprietary demand-response software.”

Lancium alleges that Layer1 has violated U.S. patent laws by infringing on multiple parts of Lancium LLC’s patent “by manufacturing, using, offering to sell, selling, and/or importing infringing systems and methods for adjusting power consumption utilized in or by at least Layer1’s Bitcoin mining facilities.”

The firm argued in its statement that Layer1’s alleged transgression had caused “irreplaceable harm” to Lancium LLC. While the value of damages will be determined during trial, the company said the amount “cannot be less than a reasonable royalty” and requested compensation for the same.

Lancium has also requested the court to publish a permanent injunction that could prevent Layer1 or its employees from further violating the company patent.

Layer1 did not immediately respond to Cointelegraph’s request for comment.