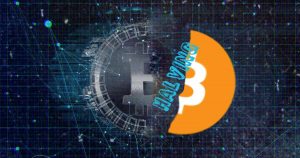 19 days to a much-awaited Bitcoin halving, observers estimate that the network’s difficulty could be adjusted to an all-time high barely a six weeks after its algorithm chopped it by 16 percent, the third largest drop in Bitcoin’s short history.

However, this is subject to hash rate.

Hash rate is nothing more than the total computing power enabling transaction confirmation and security of the network. Bitcoin, as you may be aware by now, is secured by different nodes spread across the world.

Because mining is an energy-intensive process and electricity cost is expensive, most of the network’s hash rate is generated from Bitcoin mining farms in Northern China and remote zones in the United States.

Here, thanks to different incentives and even arrangement with electricity generators, mining can be done profitably.

In the next 19 days, Bitcoin will halve for the third time confirming that Satoshi’s code functions as designed. Then, miner rewards per block will halve from 12.5 BTC to 6.25 BTC.

The move will shake off some miners thereby affecting hash rate.

However, if this embolden miners and the opposite happens as hash rate stays the same or rise, the network will automatically adjust its mining difficulty in such a way that blocks will be produced every 10 minutes by drastically hiking the mining difficulty.

This way it will take more hash rate, more computing power, and better gear to compete for the 6.25 BTC than it was as competition becomes cut-throat.

From this angle, it is likely that difficulty will spike to a new all-time high.

“Bitcoin’s difficulty could reach a new all-time high in 2 weeks (6 days before halving) if the hash rate remains unchanged.”

Bitcoin’s difficulty could reach a new all-time high in 2 weeks (6 days before halving) if the hash rate remains unchanged. pic.twitter.com/oDrfkMs05R

And there are hints of this happening.

Six weeks after the difficulty adjustment, Bitcoin mining difficulty is up by 15 percent after dropping by a whopping 16 percent on March 26 after Bitcoin price literally halved on Mar 12-13.

“Bitcoin’s average hash rate bounces back after two consecutive increases in fortnightly mining difficulty retargets. Difficulty is up a compounded 15% after falling by 16 percent on 26th March. No pre-halving hash rate death spiral after all then—thanks cheap oil.”

#Bitcoin mining difficulty is set to increase by 9% in ~3 days time. The difficulty (that retargets every 2 weeks) had risen by 6% on April 7th, after falling by 16% on March 25th—it’s biggest fall since 2018.

The low oil prices amid coronavirus lockdowns may spur some aggressive miners to experiment with oil for the first time.

But this is just a preposition and it will take time and a wait-and-see approach before this is actualized.