Bitcoin Investment App CEO Calls BTC a Monetary Revolution, Not a Technical One

Bitcoin Investment App CEO Calls BTC a Monetary Revolution, Not a Technical One 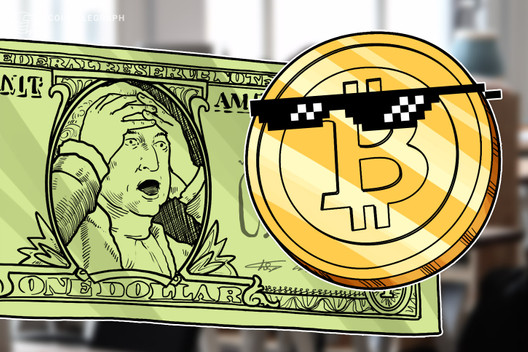 Bitcoin is not yet a go-to investment option in the public eye, but those days could be coming.

What needs to happen for Bitcoin (BTC) to cement its role in the public eye as a valid investment option?

“Time,” Aleks Svetski, CEO and co-founder of Bitcoin investment platform Amber, told Cointelegraph in an email. “This is NOT a technological revolution,” he clarified, adding:

“It’s a monetary revolution – which takes (traditionally) centuries to manifest, whilst in the digital age, Bitcoin is likely to do it in decades.”

Since Bitcoin’s 50% March price dive, in the midst of coronavirus fear and uncertainty, the mainstream public has become increasingly interested in crypto’s pioneer asset. The coin also rebounded dramatically in value, seeing more than 130% gains from its low.

Bitcoin’s positivity comes during unstable mainstream market conditions. Traditional market barometers posted some of their worst performances since the market crash of 1987, as business closures and coronavirus prevention measures took flight. Although markets have since rebounded, unemployment numbers provide rationale for continued concern.

“The more holes that appear in the edifice that we call society; whether monetary, fiscal, social, political – the more people that will want to preserve their wealth in something immune to the tampering of the state.”

In recent days, Bitcoin has seen a number of mainstream entities express interest in the crypto industry, including billionaire Paul Tudor Jones and his Bitcoin hedge play.

“I have a saying: ‘People will get into Bitcoin for curiosity or pain.’ I’d also add ‘greed’ but that can come under the banner of curiosity.”

Even JPMorgan Chase has changed its tune on the crypto space, recently announcing the lending of its services to crypto exchanges, Coinbase and Gemini. The move shows a stark contrast from 2017, when the Jamie Dimon, the banking giant’s CEO, called BTC a fraud.