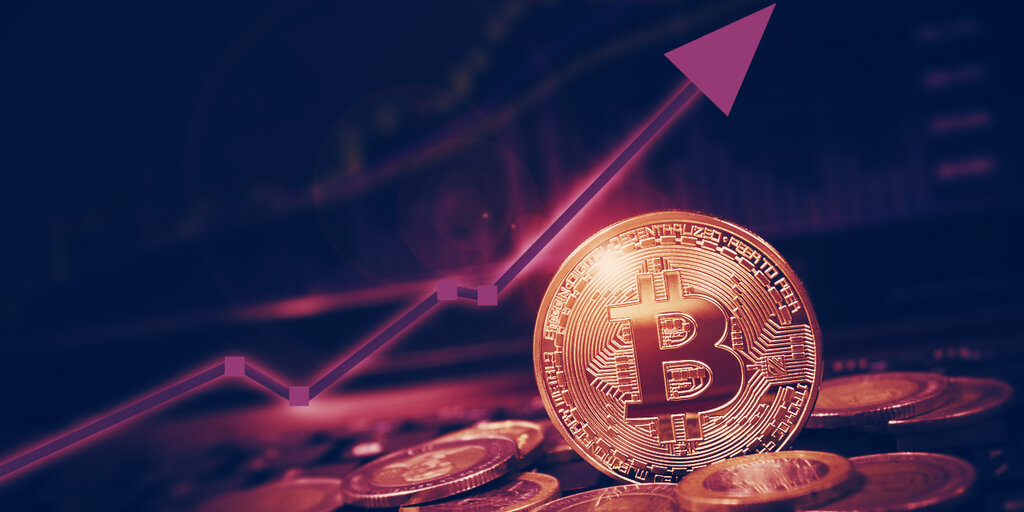 Bitcoin—the world’s number one cryptocurrency by market cap—is continuing its bullish run from yesterday and just reached highs of $9,500 on Binance, before falling to its current value of $9,450. This puts the question of whether it will remain above $9,000 to rest…for now at least.

The asset’s price had fallen into the high $8,000 range on Monday, May 25 following last week’s news that Satoshi Nakamoto—the reclusive and pseudonymous inventor of BTC—had potentially moved part of his stash to another account, though there isn’t much evidence to support this idea.

Still, Bitcoin didn’t seem to react well to the rumor, and remained under $9,000 until the early morning hours of Wednesday, May 27. Yesterday, the currency spiked by more than $250 to shoot past the $9,000 mark for the first time in nearly four days.

The asset has now shot up by roughly $600 over the past 24 hours, meaning it has surged by about 6% in just a single day.

Bitcoin’s popularity only seems to have increased during the coronavirus pandemic. Despite BTC’s dismissal from platforms like Goldman Sachs, digital asset managers like Grayscale Investments have boosted their rates of BTC acquisition.

Fintech company Revolut has also reported that despite lagging numbers in March, Bitcoin purchases exploded in April in the UK, following the country’s economic lockdown and respective stay-at-home order. Clearly, traders believe Bitcoin still has something to offer.

For the most part, the rest of the industry’s top 20 tokens appear to have joined the bullish train, with assets like Ethereum, Bitcoin Cash and Litecoin enjoying marginal gains of anywhere between 0.5 and two percent over the past few hours. And leading the day, Hedera hashgraph is up 15%.