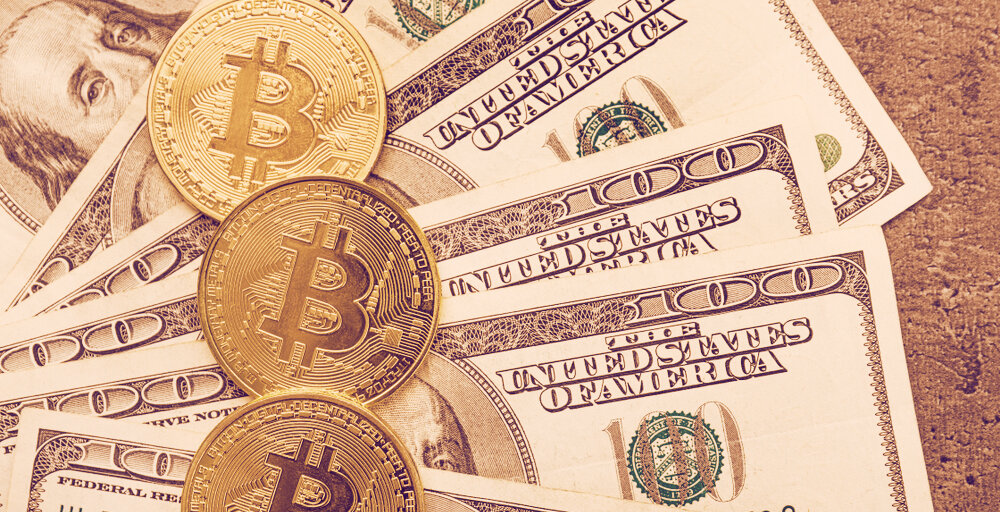 Bitcoin was briefly up three percent in the last day and 17% in the last month, having recovered all of the value it lost during the mid-March market crash—climbing from a low of $4,121 on March 13 up to more than $10,000 today—but no longer. It is now back to the value it started at today.

This volatility comes among strong interest from institutional traders. According to Fidelity, a quarter of institutional investors are holding Bitcoin now. Crypto investment firm Galaxy Digital is now working with crypto derivatives platform Bakkt to provide a service to asset managers who want to get their hands on Bitcoin. And the number of Bitcoin millionaires is rising too (at least, on the blockchain).

This is now the third time in just over a month that Bitcoin has hit the $10,000 threshold. The first occurring on May 8, when Bitcoin briefly touched as high as $10,036, before crashing back to as low as $8,279 two days later. The second came on June 2 when Bitcoin suddenly shot up in a classic bart pattern before dropping $700 in five minutes the following day to fall back below it.

As we have seen several times in the past, the $10,000 threshold has proven to be a crucial resistance for Bitcoin and it remains unclear whether the bulls will be able to push BTC confidently above the resistance in the weeks ahead.

Bitcoin was tracking the stock market. Not anymore

Overall, Bitcoin is now up 34% year-to-date and has seen its trading volume climb considerably in this time. Trading volumes have dropped in recent weeks, down to just $23 million trading hands per day. So who then, is pushing the price up this time?