Bitcoin hashrate is tanking. Nobody panic 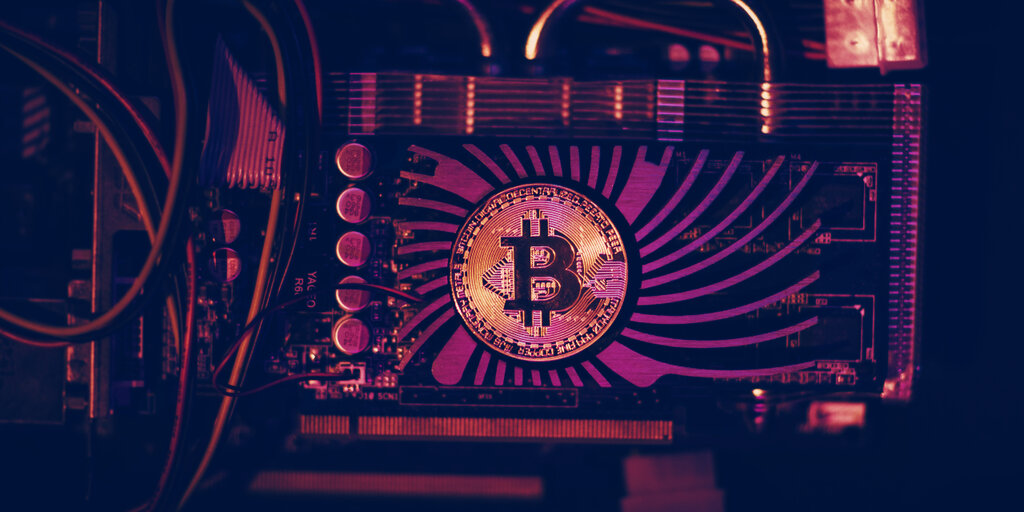 Bitcoin just experienced its third halving, which reduced the cryptocurrency’s mining rewards from 12.5 to 6.25 BTC every block. And in the wake of this supply squeeze, Bitcoin’s daily inflows are not the only thing in retrograde.

The Bitcoin network’s hashrate (or, an aggregate measure of how much computing power is being employed to mine Bitcoin) pulled back by roughly 20%, according to figures run by Ethan Vera of Luxor Mining Pool.

“Since the halving it appears that around 20% of network hashrate has turned off. Going down from 120 [exahashes] to 100EH,” Vera told Decrypt.

Coinciding with this hashrate dip is an expected cut in miner revenue. “Hashprice,” as Vera called it, is now “8.1 cents [per terahash], dropping from 13.5 cents pre halving, representing a 40% drop in miner revenue.”

Over the past week, the average revenue for miners was cut in half, from $0.14 per terrahash to $0.07, according to the f2pool mining pool.

Per BitInfoCharts data, Bitcoin’s current hashrate is roughly 117 exahashes per second. Hashrate, it should be noted, is a lagging indicator; meaning, the figures we are seeing today are figures that were calculated using data from yesterday. Essentially, this means we will have to wait a week or so to find out just how much hashrate has changed since the halving.

Hash rate measurements are derived using average block times and the current difficulty. As a result it is hard to calculate accurately for shorter time frames.

We will have a better idea of how much hash rate dropped off the network post halving over the next few weeks.

Regardless, this hashrate drop-off is par for the course. As representatives from Czech mining firm Slush Pool told Decrypt, the mining industry saw this coming from a thousand blocks away.

“Yes, [this was expected],” Slush co-founder Jan Čapek told Decrypt. “Estimates varied between 10-25% dropping off as old-gen hardware became unprofitable, so the ~15% drop we’ve seen so far was actually on the lower side.”

However, what they didn’t see coming, according to Denis Rusinovich, who runs a 80 MW mining operation in Kazakhstan, was Bitcoin’s run to $10,000 directly before the halving. This kept unprofitable miners in business longer than expected, meaning the washout will take longer—and it will have more undertow than it otherwise would have.

“[It] was generally expected by miners that overall drop will be around 30%, but clearly one major driver that no one could expect is BTC price level. That gave additional support for less efficient miners to stay afloat the last two weeks,” Rusinovich told Decrypt.

The decline is part of the halving process, in a way, as inefficient miners are being washed out of the system. This discrepancy will be corrected once Bitcoin’s difficulty adjusts in roughly five days. (This self-correcting mechanism ensures that Bitcoin mining difficulty is always adjusted based on how much hashrate is surging through the network—if hashrate declines, the difficulty adjusts downwards; if hashrate increases, it adjusts upwards.)

In an interview with Slush Pool, Kristy-Leigh Minehan, chief technology officer of Core Scientific, anticipated in an interview that “we will see a gradual drop over the three months preceding the halving, but it will not be a sharp cliff.”

She explained that, after these three months, “we will see steady gains due to farms upgrading their older equipment with newer equipment as the choke on supply lessens.” (This newer equipment includes the Antminer s17 and the Whatsminer M30S that have been stuck in COVID-19 strangled supply chains).

For its part, Slush Pool doesn’t believe that the difficulty or new hardware will be the only factors at play. China’s rainy season is coming, meaning buckets of cheap hydro power for Szechuan miners, in particular. These miners, among others, will even be able to run old generation hardware like Antminer s9s and remain above board.

When you take all of these factors together, “it may take a month or two for hashrate to start climbing again,” Slush’s Pavel Moravec told Decrypt. “But it’s inevitable so long as BTC price doesn’t drop significantly and add to the halving pain.”

As we wait for new-generation hardware and the difficulty adjustment to buoy hashrate, the best indicator that can potentially be used besides hashrate to divine the short-term future for miners is Bitcoin’s price. Rusinovich agreed and said that the lower the price, the longer the hashrate recovery, and vice versa.

“And if price moves towards the $7k range, then the mining space will see a more drastic reset in [the] mining landscape post-halving. But with a $9-10k range price, then we should see hashrate recover by June.”