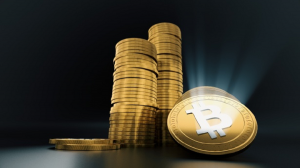 In Volumes is an important variable that influence price action. On April 30, 2020, the day when Bitcoin prices broke above the $8,000 resistance level before galloping towards $9,000, record volumes were registered on Binance, OkEx, and Coinbase. These ramps are popular and are three of the world’s leading cryptocurrency exchanges.

Specifically, Binance and OkEx printed $3.2 billion and $2.5 billion, respectively, in trading volumes while the US-based Coinbase had 818 million. Interestingly, this was roughly a week before the Bitcoin halving event where traders are angling to profit from the expected re-pricing that could see BTC rally.

Meanwhile, BTC trading volumes from peer-to-peer trading platforms is now above 2017 highs according to data published by Useful Tulips. At the same time, the flow from institution continues to pick up as CME Bitcoin Options volumes soared to a new all-time high on May 5.

May20 10k and 11.5k calls traded in 100 lots, equivalent to 500 bitcoin options each pic.twitter.com/zBgTgTVWDe

Volume Is a Measure of Investor Interest

There are several variables that determine price. Given how unique cryptocurrencies are, other than price action and hype, trading volumes can be used as a metric to test popularity and therefore liquidity.

The higher the trading volumes, the higher the liquidity and depending on price action, the surge can indicate entry of bears or bulls.

On the 30th, Binance and OKEx traded $3.6bn and $2.5bn respectively while the next largest exchange (Coinbase) traded $818mn.

Where will volumes be after the #Bitcoin halving? pic.twitter.com/YQW7YMWMd4

In April, prices, as aforementioned, surged past $8,000 in a breakout pattern confirming the double-bar bullish reversal pattern of April 15 and 16 and most importantly reversing losses of Mar 12’s Black Thursday.

On Mar 12, Bitcoin prices plunged from around the $8,000 mark, temporarily sinking to lows of $3,800 as the global markets were thrown to disarray because of coronavirus which continues to claim lives and force restrictive measures from governments around the world.

Even though volumes have dropped slightly, there is interest from the trading community. While participation is in pulses, fluctuating between highs and shrinking depending on supply or demand, the upcoming halving event is drawing capital to Bitcoin.

The digital asset outperformed gold, a safe haven asset, year-to-date and has been described as the fastest horse by a billionaire hedge fund manager Paul Tudor Jones.

His hedge fund has been authorized to allocate part of the $38 billion under management in Bitcoin futures, a derivative product whose index tracks the real-time price of Bitcoin.