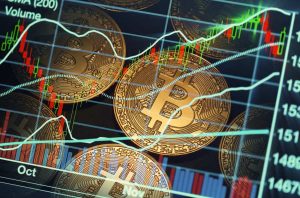 Bitcoin [BTC] halving was celebrated across the entire crypto-industry. Media outlets and top contributors held long chat sessions, hang-outs, and giveaways to commemorate the 4-yearly event. Looks like the miners were having a party of their own as they deployed their machines to push the hash-rate to a new All-Time High.

The new ATH in hashrate is around 140 EH/s. While it was minuscule improvement above the previous high in March, it was highly inconsistent in preparation for reduction in the hash-rate. The previous high was recorded around the first week of march the total hash-rate topped around 133-135 EH/s.

The hash-rate and difficulty adjustments usually take around 3-4 weeks to find equilibrium. Since the price was lower than the it was 4 days ago, the anomaly points out to a positive gesture from the miners. It could have also been a race to mine the last block before the halving, or the first one after.

In all probability, this should mark the high for the year. However, looking back to the previous event, it could soon ensure it’s upward trajectory.

In 2016, after halving, the price dropped over 25% in month following the event and spent most of the time in consolidation around that level. However, the hash-rate continued to increase and it has ever since.

Unlike price action, halving occurs by default. Furthermore, mining is a large-scale energy incentive business which has seen a lot of innovation in the last few years. The latest version of miners use 6-7 nm chips, which are highly advanced. Hence, preparation and careful planning might lead to higher profits and growth in the mining industry.

Nevertheless, it will effectively take a couple of months to view the actual impact of it. Prominent crypto analyst and trader, Light (alias), tweeted,

Looking forward, it is foolish to fixate the consequences of a glacial change in the monetary structure onto a few minutes lacking in any material new information.

There is considerable volatility in price at the moment, and the social media sentiments are also on a All-Time High (ATH).

Where do you think saturation in hashrate will be be reached? Please share your views with us.