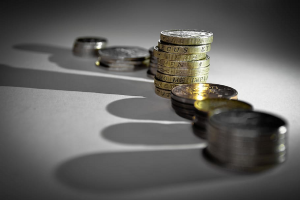 The Bitcoin halving hype is at its strongest point ever only a few hours before the block reward is automatically reduced from 12.5 BTC to 6.25 BTC. According to Google Trends, the number of searches for the term ‘Bitcoin halving’ set its all-time high dwarfing the previous high set during 2016’s halving event.

Google Trends data shows that the current number of Bitcoin halving searches stands at 500% above the last ATH set in 2016 as retail and institutional investors enter the field in unprecedented numbers. The number of searches in 2016 recorded an index rating of 18 (as measured by Google) compared to 100 recorded in the week ending May 9th 2020.

Europe holds the most interest in the upcoming halving (excluding the low volume nations) as seven of the top ten countries leading in the number of searches hail from the continent. Slovenia, Switzerland, Netherlands, Austria, and Luxembourg lead the world on the Google Trends “Bitcoin Halving” index. One interesting country on the list is Nigeria, Africa’s largest economy.

The country listed sixth in the number of BTC halving searches and first in “Bitcoin” searches. The country leads the tremendous growth in BTC adoption across Africa topping in P2P trade volumes on Paxful and LocalBitcoins.

A Fear Factor For BTC/USD?

The block reward halving is expected to automatically activate at block #630,000 (at around 7 PM GMT May 11) effectively cutting the miner’s reward to 6.25 BTC.

The hype around the event however is failing to materialize into a raging bull run despite the halving supply cut being ever nearer. Moreover, the recent comments by the hedge fund manager, Tudor Jones, have done little to force a retest of the $10,000 level.

With the recent reversal to $8,100 shaking off over $275 million in XBT long contracts, traders fear index has upped a notch and despite a recovery back above $9,000, a bull run is yet to be confirmed.