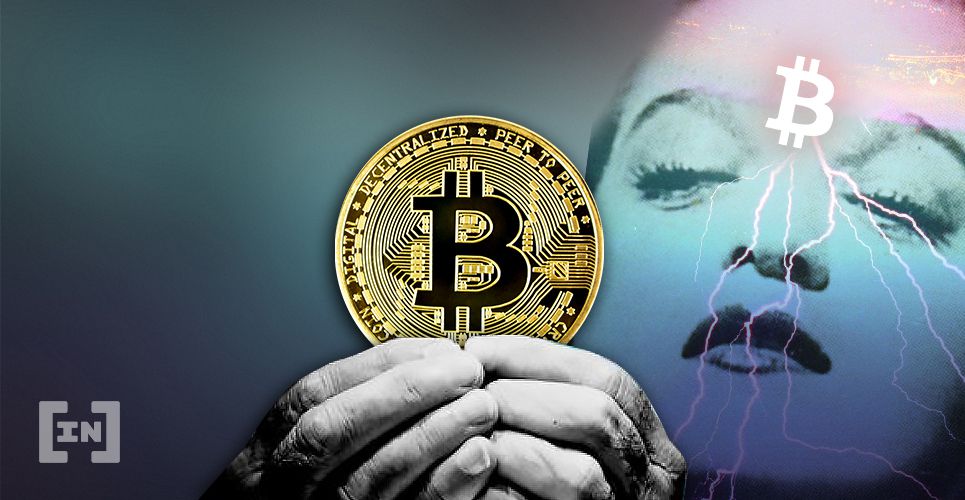 In the early hours of April 16, the Bitcoin price had decreased considerably, reaching a low of $6,486. However, a very rapid upward move followed afterwards, taking the price to $7,161 within the day.

The daily candlestick has yet to close, and at the time of writing BTC was trading at $7,002. In order to explain this movement, well-known trader @CryptoCapo_ outlined a fractal comparing the recent increase to the one that transpired in March and May. The chart suggests that the price will soon reach a new high and begin a sharp sell off afterward.

''Hey but you are comparing 1D vs 1H timeframe''

If structure is the same, result should be the same. You use EMA crosses for direction, I use fractals. pic.twitter.com/EiiIABAp78

Below, we will take a closer look at both structures in order to see if more similarities arise.

The original movement began on June 26, when the price reached a high of $13,764. Afterward, it began a gradual descent, trading inside a symmetrical triangle, validating its support line thrice (blue arrows).

After breaking down, the price completed a distinct pattern; it made two lower lows, initiated an upward move, made two more lower lows and initiated another upward move. The highs of these moves were very similar (rectangle).

What followed was a very sharp price decrease that led to the March 13 low of $3,875. 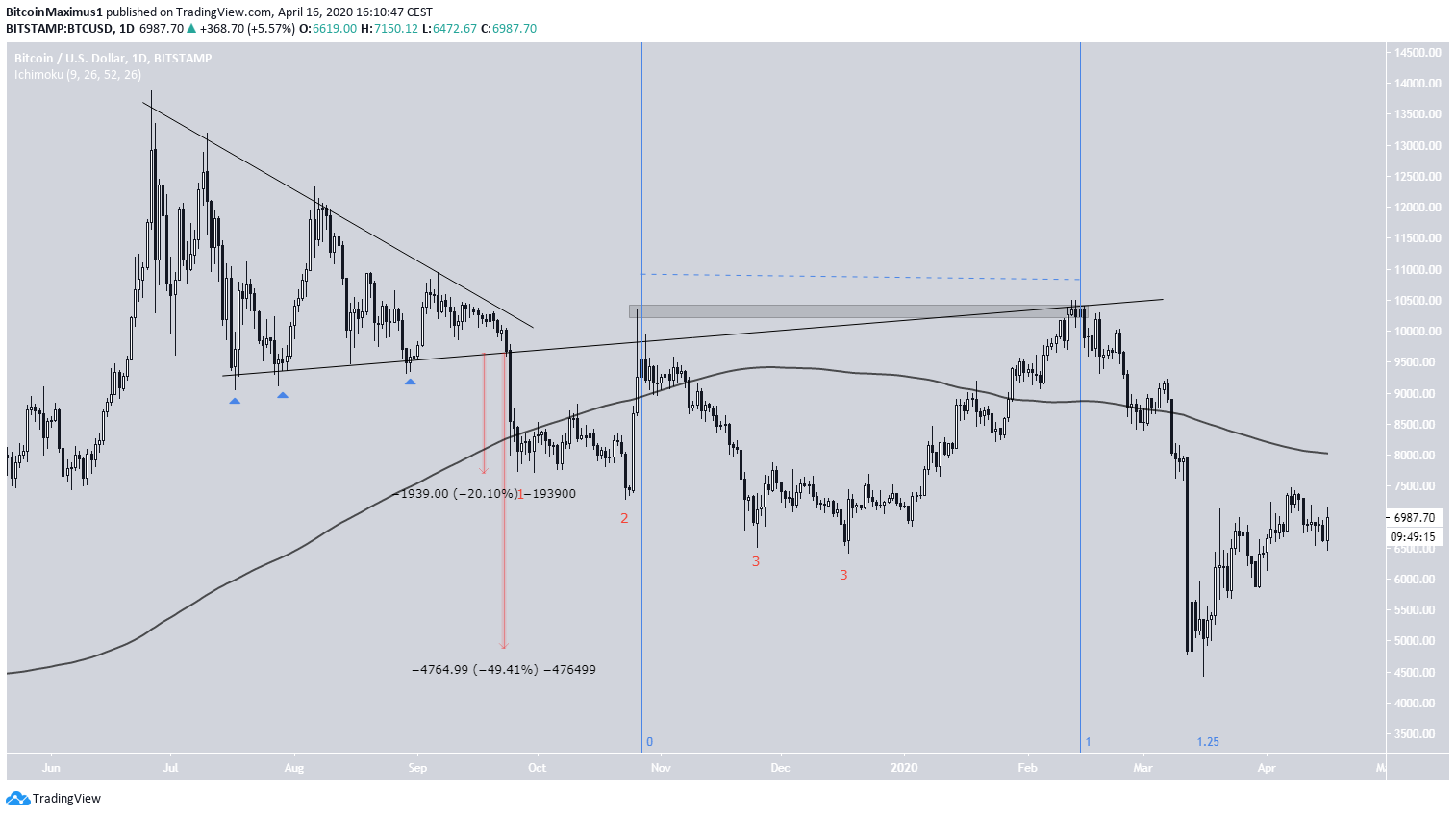 Other interesting characteristics of this move were that:

The current movement is much shorter and uses the hourly time-frame instead of the daily one.

After the price reached a high of $7,454 on April 7, it began to decrease inside a symmetrical triangle. After validating the support line twice (blue arrows), the price broke down from the pattern.

At the time of writing, the high was almost identical to the first one (rectangle). Furthermore, both highs were above the 200-period moving average (MA), which was also the case in the previous movement.

Therefore, until now, the movements have been almost identical, with the lone exceptions being that in the second movement, the support line prior to the breakdown was only validated twice and the second high took the form of the wick instead of the first one. 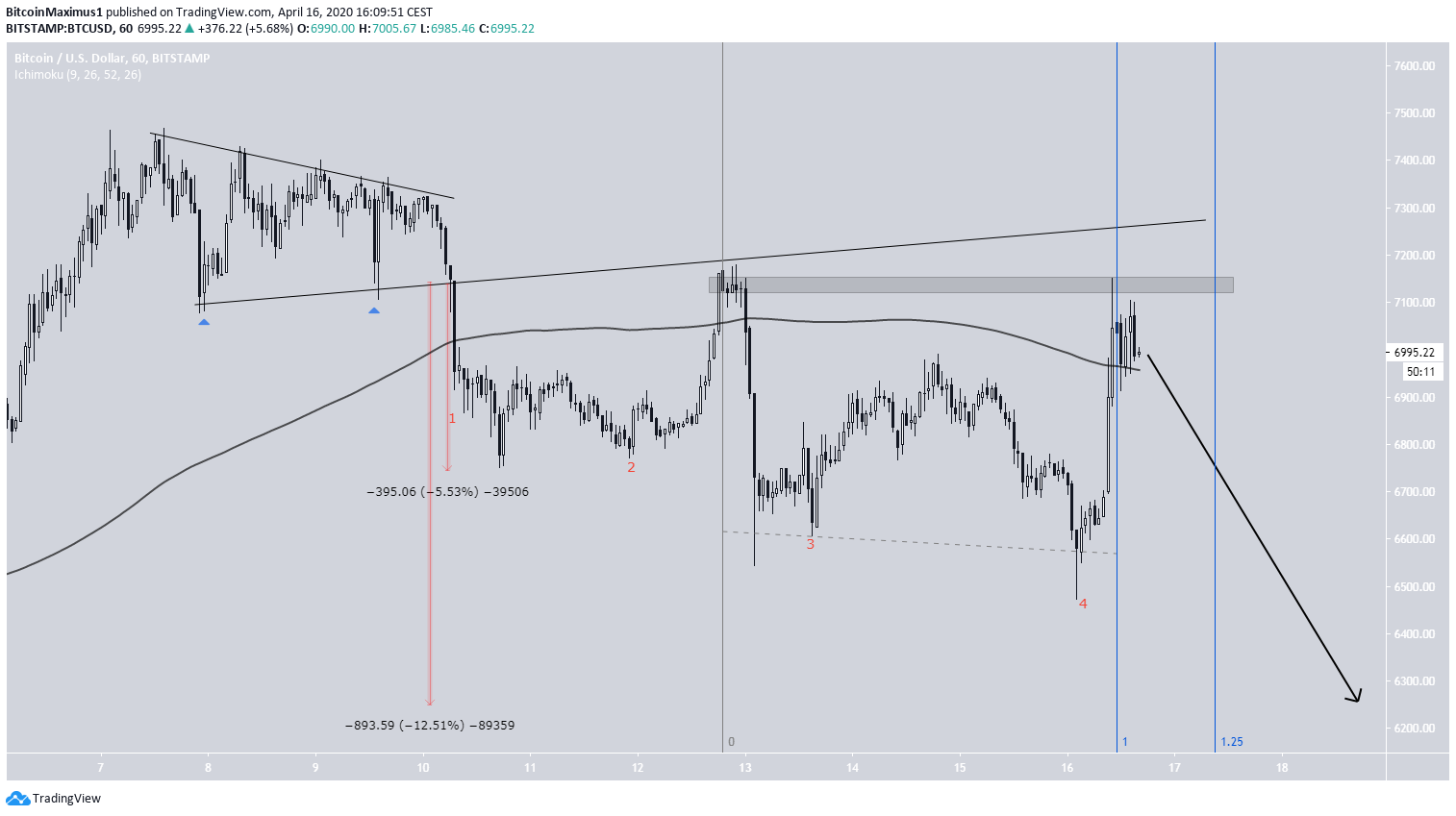 Even though they are transpiring in entirely different time-frames, the two movements indeed have many similarities, most interestingly the relationship of the highs with the 200-period moving average and the similarly sharp upward reactionary moves after failed breakdowns. It is not unthinkable that the price will act in a similar manner now, initiating a sharp drop.

The target is also similar to what we predicted when analyzing the Bitcoin price using a different method.