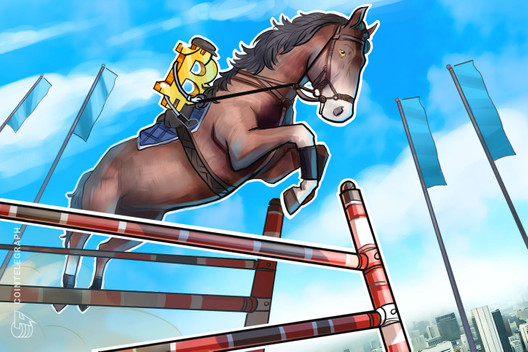 Bitcoin has seen a surprise Saturday surge to a 12-month high as $15,000 becomes a real possibility in the near term.

The price of Bitcoin (BTC) has seen a great week with a surge to $11,700. After two months of consolidating inside a range, the price of Bitcoin finally broke through the psychological barrier of $10,000 and currently faces the final hurdle before the bull market can start.

Most often, people become bullish once they see green candles, with which extraordinary targets can be found on social media. Can these be justified or is a cool-down period more likely in the near term?

As Bitcoin’s price broke through the barrier of $10,000, the next significant resistance zone became the $11,500-11,800 area. Since BTC was range-bound for two months, the breakout ended up being a very volatile move as anticipated, going up by $1,500 after this breakout finally happened.

The $11,500-11,800 resistance area is an ancient and substantial area on the charts. Not only did this level serve as resistance throughout the summer of 2019, but it also acted as resistance during the peak mania of December 2017.

Therefore, this is essentially the last massive level for resistance. If the price of Bitcoin breaks through this zone, then there is a lot of open range above and a new bull market will be upon us.

Interestingly, the majority of the CME Bitcoin futures gaps get filled. However, they don’t necessarily get filled immediately as today has shown. The chart above, for example, is showing a gap at $11,700 from August 2019 that just got filled.

What’s next? The chart is showing a clear gap in the $9,700-10,000 area, unfilled. The likelihood of this gap to be filled starts to increase with the current upward momentum, making a retrace toward the $9,800 area more likely with each day.

The 1-hour chart is showing a clear uptrend and holding the previous resistance zone at $11,400 is crucial for the bulls.

An identical approach is required for the $11,400 level. If that level holds for support, more continuation is expected toward $12,000. If the level is lost, a further correction towards $10,800 or lower becomes very possible.

The total market capitalization broke through the crucial barrier of $270 billion and immediately flipped that level into support. This support/resistance flip was the start of an even more significant surge, as the total market cap touched the $350 billion level.

However, is further continuation warranted? Very unlikely, given the immense expansion of the past two weeks. A reasonable approach would be a test of the previous resistance as a new support level at around $285 billion.

The bullish scenario depends on the crucial threshold of $11,300-11,400 as the pivot to hold for the price of Bitcoin.

A bullish breakout would preferably see the price of Bitcoin clear the $11,500-11,700 resistance zone and flip that area for support. As stated previously, this is the final significant hurdle. If Bitcoin’s price breaks through the resistance zone and conquers this level, further upward momentum can be expected.

The levels to watch if Bitcoin breaks through this resistance are primarily the next resistance zones found between $15,000-17,000.

However, is such a breakout likely to occur after the recent expansion? It seems very unreasonable to break through a resistance zone of such significance in one try.

A more reasonable approach is a renewed range-bound construction, just like the previous months have been. The green zone between $9,700-10,000 is crucial to hold. If that area flips for support (after rejecting the $11,500-11,800 area), a new range is defined, and the price of Bitcoin can then move sideways for several months.

This range-bound construction would also line up with the 100-day and 200-day moving averages (MAs) as these are still below the spot price. As long as this remains unchanged, the BTC price is in bull territory.

Once Bitcoin starts to consolidate and correct, major altcoins will most likely do the same, and then the money will flow from the majors and Bitcoin toward the smaller cap coins and tokens. In other words, the current “altseason” may still have a lot more room to run.