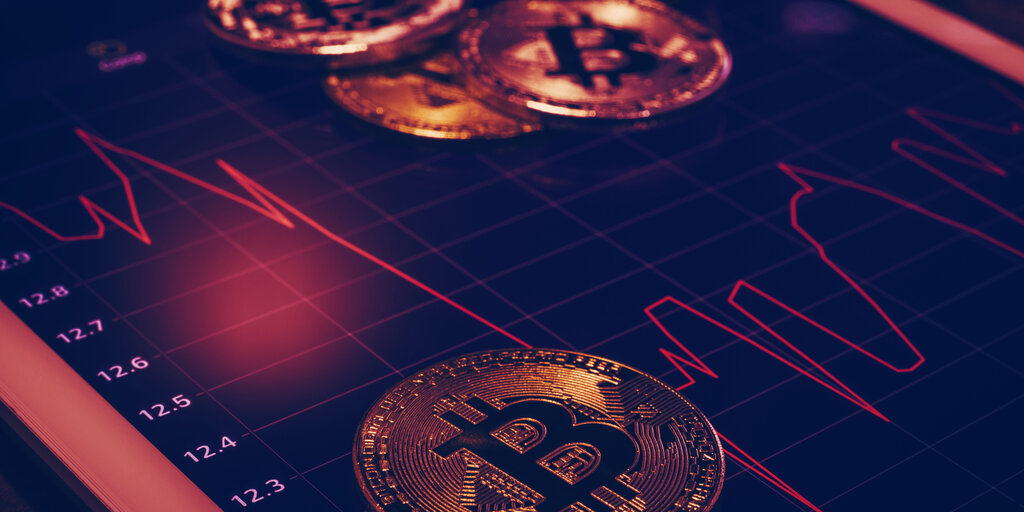 The price of Bitcoin has fallen below $9,000. Its lowest price in the past 24 hours, $8,787, is Bitcoin’s lowest price since May 10, the day of the flash crash that occurred just before the Bitcoin halving.

Bitcoin has been on a downward spiral since Thursday, when it fell from $9,786 on Wednesday to $8,753, according to data from metrics site CoinMarketCap.

“The price drop in Bitcoin seems driven by profit taking. We have had a strong rally in Bitcoin prices since the end of March and some profit taking was due,” Pankaj Balani, CEO of Delta Exchange,” told Decrypt.

Balani attributes the downward spiral to rising tensions between US and China, but said that, overall, “the market remains bullish and the sentiment remains strong for Bitcoin. We haven’t seen any significant build up in the short positions. The premium on the futures, which had slipped to a discount—as we broke below 9K—has also quickly recovered to parity.”

But Sinjin David Jung, Managing Director of the International Blockchain Monetary Reserve, thinks that something else could be at play. He told Decrypt that “the most underestimated factor in all Bitcoin price discussions is the inventory and supply of miners.”

He said: “Any price appreciation in the next couple of months or more will always be met with sell pressure by miners which lead to lower prices which—if sustained—over time will lead to bigger dumps by struggling miners who can’t compete or are taking one last stab at it before throwing in the towel.”

He said that, post-halving, the price could still rise since inefficient miners “have now left the building.”