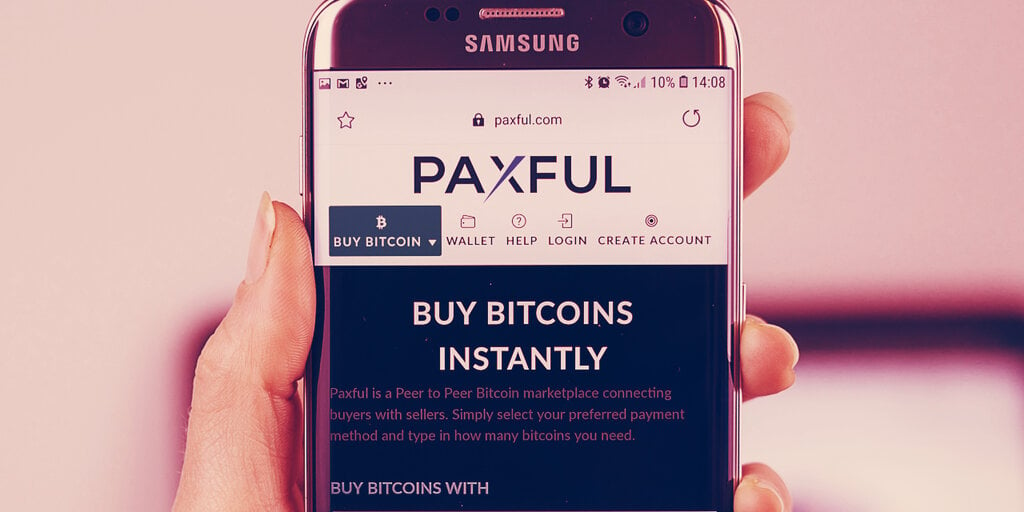 The first half of 2020 has been tough on just about everyone. But not Paxful.

The peer-to-peer Bitcoin exchange is poised to have its best year yet, seemingly finding opportunity in the midst of a global financial crisis, and solidifying its position as one of the most popular P2P trading platforms in the world.

Paxful today unveiled five years worth of historical data, boasting some impressive figures. The company has now registered a total of 4.5 million user wallets and $4.6 billion in Bitcoin trading volume to date, according to a release. In the first half of 2020 alone, the exchange did $1.1 billion in BTC volume—a 34% increase year over year.

And Paxful’s CEO, Ray Yousef, believes it is precisely because of the adverse financial conditions that so many face throughout the world that his company has sustained such growth.

“We built Paxful to help the little guy and create wealth for those who need it most. There are people who live with restrictions and limitations we cannot imagine,” he said in a statement. “For true financial inclusion to happen, it requires a free market for money transfers.”

Recently, Paxful beat out competing P2P Bitcoin exchange LocalBitcoins in cumulative weekly trading volume for the first time. And over the past few weeks, it’s remained neck and neck. Paxful’s expansion into emerging markets and underdeveloped countries has a lot to do with that.

Bitcoin exchange LocalBitcoins revenues up, despite losing ground to Paxful

The firm has focused extensively on the African market in the past year. Nigeria, Ghana, and Kenya are among its top five markets, and traders in that region are already moving more Bitcoin than those in Latin America, where LocalBitcoins still reigns supreme.

Paxful, though, isn’t neglecting the Latin American market. Last year, the firm announced a partnership with crypto startup Coinlogiq to install 20 Bitcoin ATMs in Colombia and expect to launch another 25 in Peru soon.