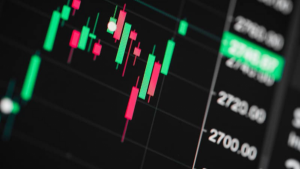 The entire market capitalization for the industry increased by over $20 billion this week after rebounding from the $240 billion level to reach the current value at $260 billion. Bitcoin still remains the dominant cryptocurrency but it is still helping other cryptocurrencies to rise.

Following is an overview of Bitcoin, Ethereum, and Ripple price analysis.

Bitcoin remains neutral and will need to break above $10,000 before we can even consider it to be bullish. If it drops beneath $8,461 it would turn bearish.

The RSI has now returned to the 50 level which shows that the buyers are trying to regain momentum within the market. However, it also shows that there is indecision between the bulls and the bears.

Etheruem will remain neutral until it can climb back above $250. It would need to drop beneath $217 to be considered as bearish.

The RSI has managed to break above the 50 level as the buyers start to take control over the market momentum and the bearish pressure fades. If it can continue rising, we can expect ETH to travel further higher.

XRP increased only by a small 3% this past week after finding support at the .886 Fibonacci Retracement level at $0.228. After reaching this support, the market started to trade sideways within a range between $0.228 and $0.24.

Over the last 24 hours of trading, XRP managed to break above this range as it currently trades at $0.243.

XRP also remains neutral and would need to break above $0.27 before being considered as bullish.

The RSI is still not near the 50 level, however, it is rising which shows that the bearish pressure is starting to fade slowly. Once it reaches 50, we can expect the buyers to take over and push the market higher.