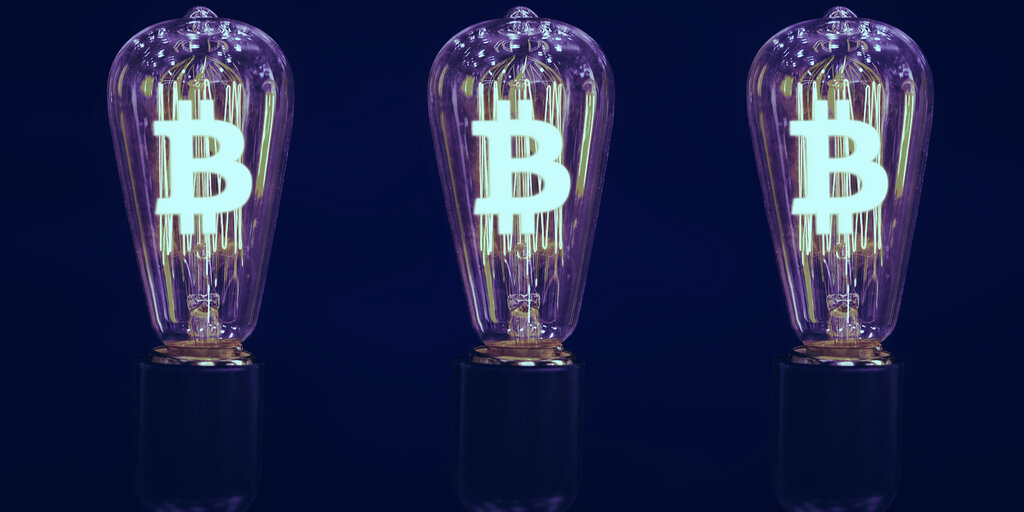 For all its ingenuity, Bitcoin mining is an expensive and power-hungry process. The environmental toll of its energy consumption is enormous, and, after a dip following Bitcoin’s halving, it’s back on the up.

After the Bitcoin halving in May—when the reward for mining Bitcoin dropped from 12.5 BTC to 6.25 BTC—lots of unprofitable, inefficient miners shut down.

According to data from Digiconomist, Bitcoin’s energy consumption dropped 24% in the two weeks following the May 11 halving as 38% of the network’s hash power departed.

But energy consumption is beginning to grow again, albeit gradually, according to data from both Digiconomist and the Cambridge Bitcoin Electricity Consumption Index.

Digiconomist’s data shows that Bitcoin mining demands an estimated 61.256 terawatt-hours (TWh) per year as of yesterday, which is the highest number reported since May 11.

The site’s daily estimate briefly kissed the 60 TWh mark in June before dropping back below but has now been at or above 60 TWh for more than a week, as of this writing.

Meanwhile, the site’s data suggests that the minimum Bitcoin energy consumption sits at an estimated 51.214 TWh as of yesterday, which is the highest minimum reported since March 14—well before the halving.

Bitcoin’s total estimated energy consumption right now is more than the entire country of Algeria, suggests Digiconomist, and is very close to overtaking Kuwait on that front as well.

The site points to Bitcoin having a comparable carbon footprint to Myanmar now, along with similar e-waste generation as Luxembourg. And a single Bitcoin transaction, the site suggests, has a carbon footprint equivalent to 626,300 Visa transactions or watching 41,757 hours of YouTube videos.

That’s a whole lot of streaming—and as the trend suggests, the problem isn’t getting any better.

The Secret Service on tracking Bitcoin and cybercrime

Cambridge’s estimates vary from those above, but still suggest an upwards trend in the amount of energy being expended globally to mine Bitcoin.

That site’s data shows a recent average peak of 59.19 TWh on Tuesday, July 6, with the number hovering in the mid-58 TWh area since. That peak is the highest that the site has registered since May 21.

The Bitcoin hashrate is growing as well since the two figures are consistently intertwined. BitInfoCharts shows a recent peak of 131.5115E on Wednesday, July 7, which is the largest total recorded since May 11.

While still a far cry from the incredible pre-halving peak of 77.782 TWh per year registered by Digiconomist in early May, the trend suggests that Bitcoin mining energy consumption is steadily—albeit gradually—growing again following the post-halving drop.