The Bitcoin Dominance Rate (BTCD) has been on a correction course since May.

At the beginning of August, the Bitcoin dominance rate fell below the long-term 62.80% support area and validated it as resistance. After that, however, it dropped back down to reach a local low of 59.9%.

Both the RSI and MACD have been generating bullish divergences, and the latter has turned positive. This is a sign that the rate is likely to move back towards the 62.80% area once more. Whether it gets rejected or reclaims the level will likely determine the direction of the trend.

Cryptocurrency trader @anbessa100 stated that the Bitcoin dominance rate is expected to drop towards 59%, providing relief for ALT/BTC pairs.

However, due to the outlined bullish divergence, we think a continued upward move towards 62.80% is more likely to happen first. If the price gets rejected in this zone, it could then move down towards the 59% target.

Beginning in September 2019, the BTCD began the process of completing a second A-B-C correction. It is likely in the A wave at the moment.

Furthermore, the A wave is transpiring in a five-wave downward formation (orange). Projecting the 1.61 length of wave 1 top to the top of wave 4 gives us a target of 59%.

A closer look reveals that the price is trading inside a descending wedge.

There is an overlap between sub-waves 1 and 4 (blue), so this is likely an ending diagonal. The support line of the wedge is found at 59%, further adding to the possibility that the rate will drop there before it begins a move to the upside. 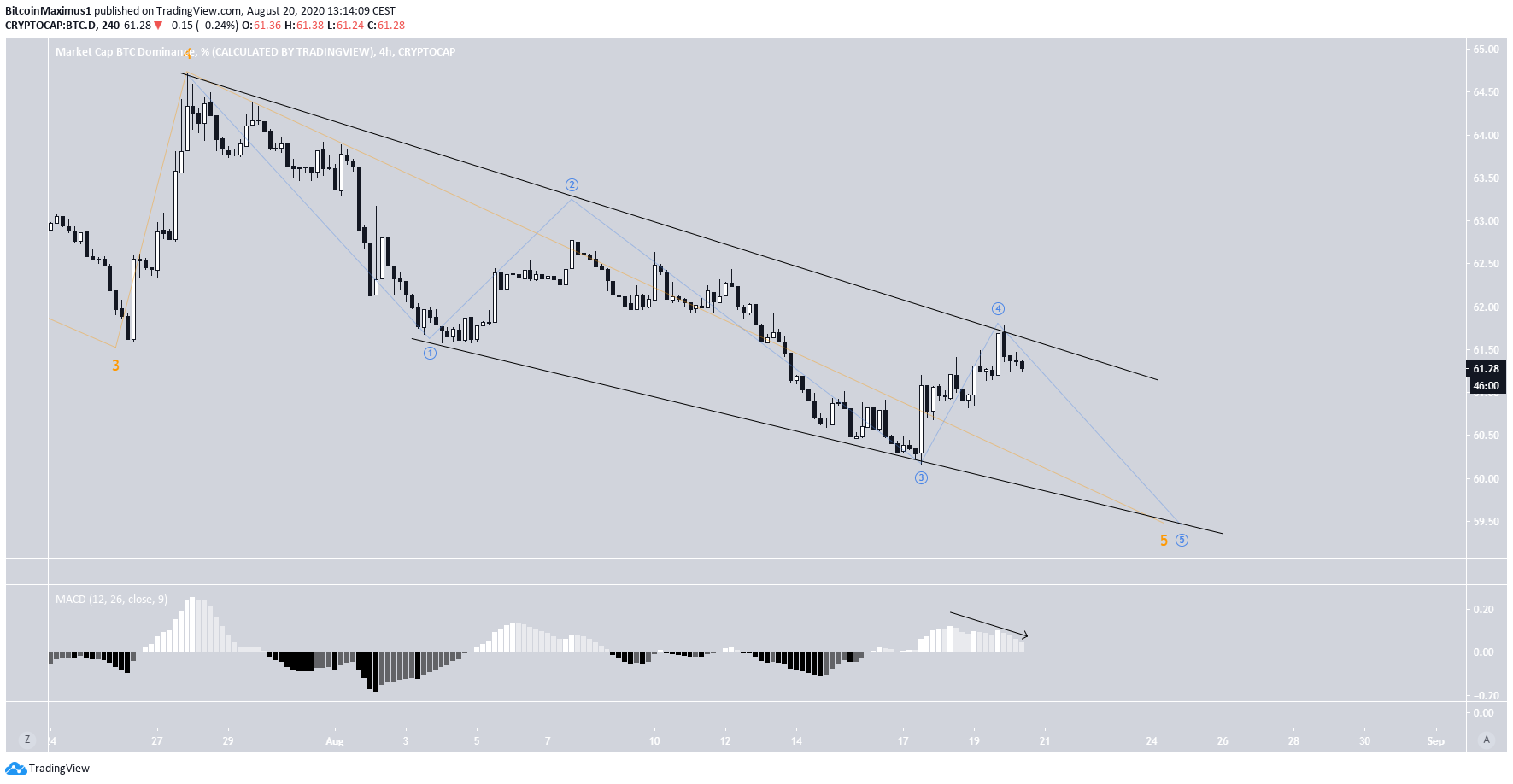 Over the past week, the relationship between BTC (blue) and BTCD (green) has not been entirely clear. Historically, BTC price increases have caused a decrease in BTCD and vice versa. Therefore, a BTC increase would most likely be required for BTCD to fall all the way to 59%.

The post Bitcoin Dominance Rate Struggles to Stay Above 60% appeared first on BeInCrypto.