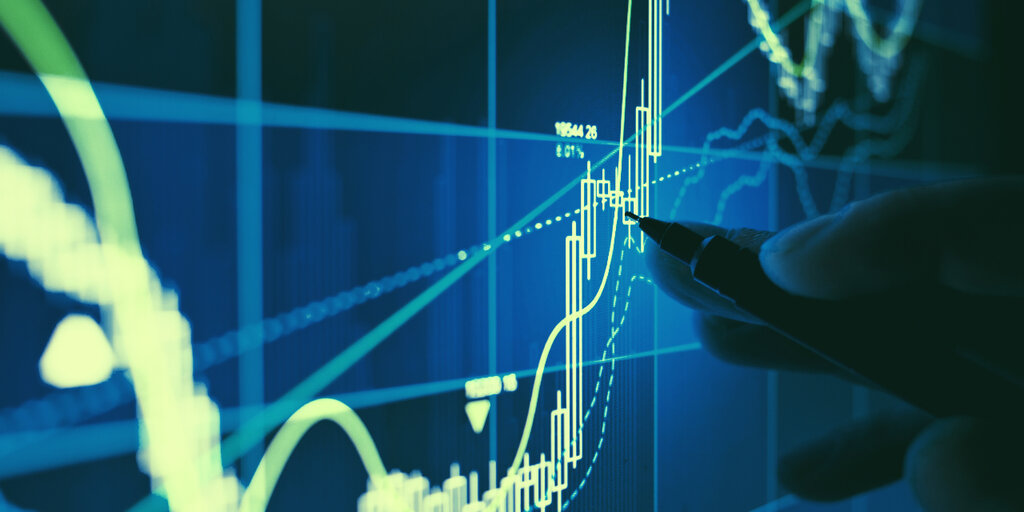 Crypto and stocks are once again moving in opposite directions today. While the stock market appears to be rebounding based on optimistic outlooks over the US economy, Bitcoin has been spooked by a blast from the past.

The price of Bitcoin dropped by roughly 2% today on news that 50 BTC mined in early 2009 were moved unexpectedly. This led to speculation that Satoshi Nakamoto—the pseudonymous creator of Bitcoin—had moved part of his dormant crypto stash. That speculation, though, seems to be mostly unfounded based on available evidence.

While Bitcoin dipped to $9,500, competitors like Ethereum also dropped slightly. ETH is currently trading for about $210—a 1.8% fall from the $214 it was enjoying earlier today.

Stocks, on the other hand, are on the way up, as the Dow Jones Industrial Average (DJIA) closed trading today up 400 points. The S&P 500 jumped by almost 2% in its best trading day in over two months, driven largely by strong rallies in Facebook and Amazon stock. Shares in these companies rose by 6% and 2%, respectively.

The moves follow a trend among all 50 US states to begin reopening their economies by varying degrees. While rules differ from state to state, it’s a promising sign of rebounding economic activity, which has been saddled by the coronavirus pandemic. Colleges and universities across the country are also beginning to weigh the possibility of holding fall classes.

That trend may have something to do with the potential for a COVID-19 vaccine to hit the market sooner than anticipated. US immunotherapy company Inovio Pharmaceuticals, much like competitor Moderna Therapeutics, is experimenting with a coronavirus vaccine and says its formula has produced antibodies in both mice and guinea pigs.

The company also began human trials in April, though these results likely won’t be available until June. Inovio now says it’s looking to test the vaccine on larger animals, such as monkeys and rabbits.

It’s a start—and perhaps a sign that the world, including the markets, might soon return to normal.