Bitcoin, DeFi and More: An Interview with Dave from Truthraider

Dave from Truthraider.com recently sat down with BeInCrypto to discuss Bitcoin, mass adoption, DeFi, and more in this exclusive interview.

There’s a lot to say about the state of the cryptocurrency market today. However, one thing is sure. It does feel much different than it was in 2017. Yet, there’s still much work to be done, according to Dave from Truthraider.com.

In the interview, Dave touches on many pressing topics in the cryptocurrency world, including Bitcoin collateralization, mass adoption, DeFi, Ethereum, central bank digital currencies (CBDCs), and more. Here are some of the highlights.

Dave is a relative newcomer to the cryptocurrency space compared with many of the more seasoned veterans. As he tells BeInCrypto, he only entered the market in late 2017, near the end of the hype cycle. Yet, it’s given him the perspective to look at the market with fresh eyes.

Speaking with BeInCrypto’s Scott Cunningham, Dave says that Bitcoin is missing a few key ingredients which are preventing it from reaching new heights. Ultimately, it all comes down to one thing: trading volume.

Ultimately, this would require Bitcoin to be more like Visa. Or it would need to be used by nation-states for commerce. “For Bitcoin to succeed long-term, it’s all about the volume game,” Dave goes on. Right now, Bitcoin is only achieving a tiny fraction of the potential it could someday attain.

BeInCrypto has often reported on large BTC transactions that were sent for just pennies. It’s a reminder that Bitcoin works and of how much value is transacted on-chain each day. However, according to Dave, these transactions need to happen hundreds of times a day.

We need to reach a point where sending $1 billion in BTC is no longer news. This can ultimately only happen if daily trading volumes reach the trillion-dollar mark.

DeFi hype has taken the cryptocurrency world by storm. A few days ago, BeInCrypto reported that the total amount of value locked in DeFi-related contracts surpassed $2 billion. These projects have been credited with pushing the market to new highs as many turn away from Bitcoin and look towards the rest of the crypto market.

However, DeFi is still plagued with problems. Hacks and exploits continue to occur on a semi-consistent basis. Just recently, an exploit led to the loss of $500k from pools on the DeFi platform Balancer. These occurrences ultimately weaken the trust users have in DeFi. Investors are anxious that their funds may be lost.

This remains a serious problem and its one that Dave believes won’t easily be overcome. It boils down to a fundamental problem, according to him.

Right now, DeFi developers are betting that their smart contracts won’t get hacked. That’s a risky assumption given that so many funds are at stake.

“The main problem with DeFi is that no developer or company has solved the problem of escrow,”

“I think DeFi is foobar until somebody solves that. When it comes to DeFi, the biggest issue I have is escrow. How do you get collatoral lending, all the other financial services, without some form of escrow.”

Ethereum smart contracts continue to be hacked semi-consistently. According to a recent report written by Societe Generale, some 3-4% of smart contracts are likely faulty. Perhaps a clear, transparent audit is crucial for the space? As of now, DeFi remains risky and needs time to mature.

Dave remains skeptical of Ethereum and admits to not being a big fan of the leading smart contract platform. However, he does it all in good taste.

“I only trash Ethereum because I know they are smart enough to fix it, they just need to get out of the denial [of their own problems] phase.”

Stablecoins as the Only Alternative to Bitcoin

Given Dave’s criticisms towards Ethereum, it’s not surprising he’s a Bitcoin bull. However, he does see one competitor which even he admits has some advantages: stablecoins.

So, Dave is not a Bitcoin maximalist, but he says he “wants to be one.” The growing popularity of stablecoins, however, makes him second-guess his faith in Bitcoin, given how easy they are to use nowadays. Dave even goes so far as to claim that USDC has a stronger use-case than Ethereum when it comes to transferring money. 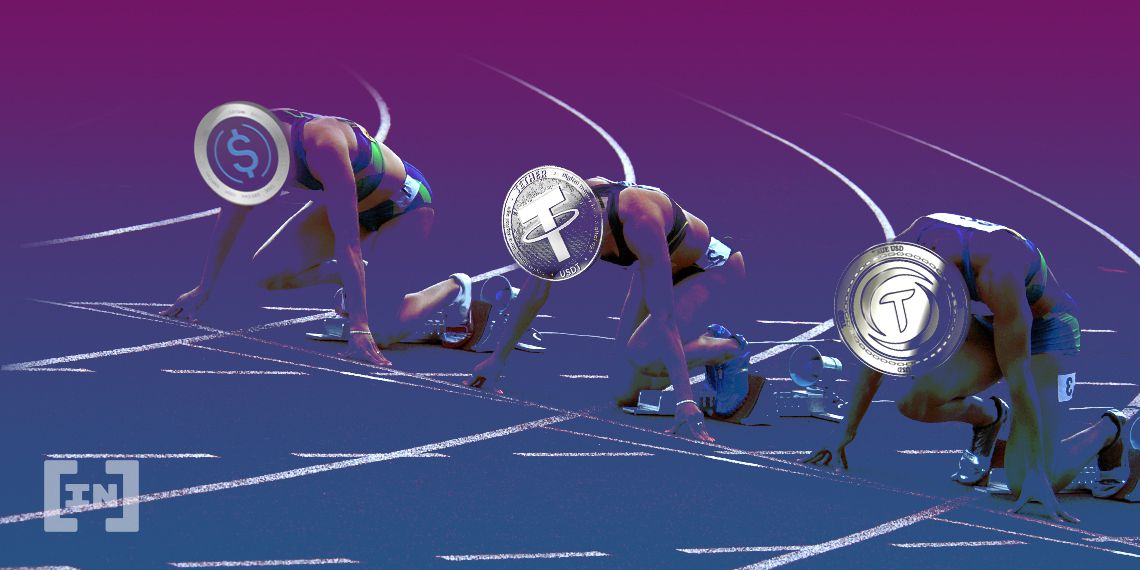 At this point, Cunningham asked Dave a very valid question. What happens when the underlying fiat assets backing stablecoins go bust? Dave reaffirms his belief in Bitcoin: he wants to see the Federal Reserve replaced and agrees with many of the tenets of libertarianism.

However, he adds a caveat: every major country in the world is now looking at central bank digital currencies (CBDCs). So, there’ll be ample competition beyond just a ‘digital dollar.’

Do Stablecoins Have a Chance?

Every country on earth, and every corporation, is going to use a stablecoin eventually, at least according to Dave. There’ll always be different categories of cryptocurrencies. It seems impossible that fiat currencies and their corresponding stablecoins would collapse simultaneously.

Dave argues this is simply unrealistic, despite being a Bitcoin believer.

“I hate stablecoins to be honest, I hate that it’s happening… but I can’t ignore what’s in front of me.”

Central bank digital currencies (CBDCs) and stablecoins will be one of the defining features of blockchain in the years ahead. By most accounts, they already are. Tether (USDT), for example, is now the third-largest cryptocurrency by market capitalization.

For more information on CBDCs and their geopolitical implications, read our in-depth report on the topic here.

Through the course of the interview, Dave gives his honest opinion on the status of the market today. Sporting a casual tone, he believes that the future of technology will open up doors beyond just cryptocurrencies, from AI to telehealth services.

A smart investor follows these trends early because they’ll inevitably grow to impact our daily lives in profound ways. All in all, he’s just ultimately a curious person who sees the change coming. That’s partly why he’s so committed to Bitcoin’s promise in the long run.

It’s also why he’s stuck around the blockchain industry despite the bearish winter of 2018. The full interview is worth watching. Many other topics not discussed in this article are also covered, including:

The post Bitcoin, DeFi and More: An Interview with Dave from Truthraider appeared first on BeInCrypto.