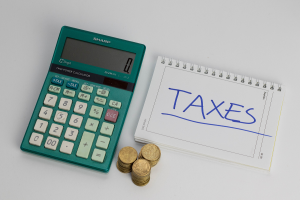 A new proposed bill in the US House of Representatives could see capital gain tax for personal cryptocurrency transactions apply if profits exceed $200. This is an amendment of the Internal Revenue Code of 1986 to exclude taxation of gross income gain of virtual currency in a personal transaction, a radical shift that could spur more participation and use of digital currencies in a day-to-day settlement. Nonetheless, the bill excludes day traders.

The bill, dubbed the Virtual Currency Tax Fairness Act, is a massive boost for crypto adoption. Aside from the nitty-gritty of cryptocurrencies, complex user interfaces, and prudence that use demands, the adoption of the bill could see users use the coin for settlement, pushing adoption and improving the exposure of the coin to the masses.

The resulting network effort will be enough for Bitcoin and other cryptocurrencies to cement itself as a global coin that anyone in the world can use as a medium of exchange especially through platforms as the Lightning Network for settling small payments.

Initially, the IRS capital gain tax was based on transaction volumes but with this exclusion, personal transactions with less than $200 in capital gains are excluded from taxation. It, therefore, means merchants and generally, enthusiasts, who would love to pay for goods and services using Bitcoin and crypto would find reprieve as the IRS currently considers it a sale event, hence taxable.

However, there are some quarters who are not convinced, reiterating that there has been no change to the treatment and that virtual currencies are not being treated as currencies. Instead, “the bill just allows a personal transaction exemption in the same way as a foreign currency, even though cryptocurrency still be recognized as property.”

For clarification, day traders won’t benefit from this bill as it targets personal transactions only. Taking to Reddit, one user clarified:

“The US government views cryptocurrency as property. Every time you trade it for something, you owe money on the capital gains. However, what this bill would do, is exclude all personal transactions in which the person gained $200 or less in profit at the time they spent it. This bill, in reality, covers 95% of daily transactions. This does not apply to traders. It is for personal transactions, like buying stuff at a store.”