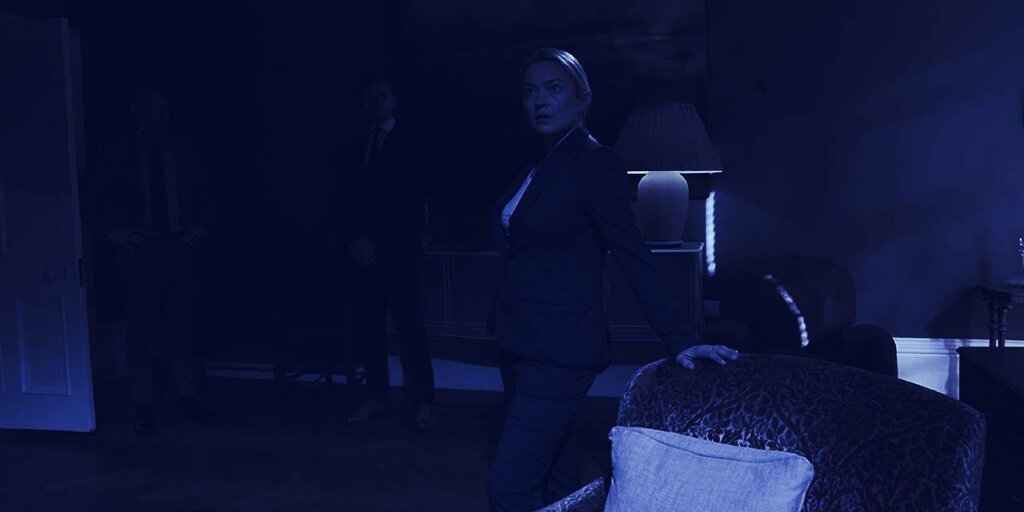 The film is billed as an “outrageous and provocative dark comedy” in which a mismatched NSA team kidnaps Satoshi and attempts to torture him for “the information they need to destroy crypto-currencies.”

Decrypted is slated for release on December 1, 2020, according to IMDB, although the Substantial Films website mentions COVID-19 related delays. (the production company reports, however, that it has “70% of the film in the can,” and will resume shooting “as soon as is practical”).

More can be gleaned from behind-the-scenes pictures on the website: some of it takes place in a decrepit kitchen, some in what could be a plush hotel room, and more still in an investigative room where poor Nakamoto could be tortured.

Who’s in the cast of Decrypted?

Alongside Akie Kotabe as Satoshi, the cast of Decrypted includes Emilia Fox (of The Pianist and Cashback), Sophia Myles (Spooks, Agatha Christie’s Marple, Doctor Who), and Kevin McNally (Pirates of the Caribbean). Nakamoto’s love interest is played by Talisa Garcia.

Decrypted (again, no relation), is the latest in a series of film and TV shows to use cryptocurrency as a plot point. On the small screen, Bitcoin’s been referenced in Billions and Altered Carbon, while a TV drama based on the BBC podcast The Missing Cryptoqueen will tell the story of OneCoin founder Dr. Ruja Ignatova.

On the big screen, indie film Crypto, starring Kurt Russell, barely made a splash on release (Decrypt‘s own David Gerard’s gave it 3 out of 5 Bitcoins in his review). That hasn’t stopped Hollywood from going back to the Bitcoin well, though. Zac Efron (High School Musical, pictures plastered on Decrypt‘s wall), is to star in King of the Jungle, a film about crypto-renegade John McAfee, the cybersecurity tycoon and Presidential candidate who went off the rails and fled Bolivia after the authorities suspected him of killing his neighbor.

Finally, there’s Bitcoin Billionaires, a film about Cameron and Tyler Winklevoss, the former Olympic athletes who were awarded a settlement in a dispute with Mark Zuckerberg, bought up a lot of Bitcoin and became billionaires. That film will be part-financed by the Winklevoss twins themselves. Conflict of interest? Not for us; we’re already hooked.