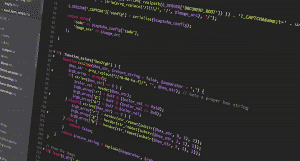 Insights drawn from GitHub reveal that Bitcoin developers are undeterred by falling BTC prices. The total number of Bitcoin commits rose from 160 in June to 230 in October 2019.  Bitcoin prices peaked at $13,800 in late June 2019 after more than doubling following the squeezing bear market of 2018. Since then, BTC has more than halved, trading at $6,600 at the time of press.

Blockchain development is an important metric that shows the level of activity. As an open source project, the participation of developers from all geographical locations is a mark of success.

While Bitcoin lags Ethereum in that aspect, it remains the more active than competing platforms that serve the same remittance market.

Litecoin, despite plans of introducing Mimble Wimble and hard forking earlier this year, Electric Coin in a report, draws less developer. In August, the Litecoin Foundation responded to the accusation that they had lost over 90% of developers in a lengthy post.

“The result is that Litecoin GitHub commits seem to be decreasing lately but this is due to the fact that we have been streamlining our development much more effectively and efficiently in a more structured way, and not because development is inactive.”

The ability to draw developers is a mark of value. Blockchain projects that stay ahead of competitors can stay afloat even in the most grueling price fall.

The Case of ETCDEV

The Ethereum Classic Development Company (ETCDEV) shut down for lack of funding at the depth of last year’s crypto winter.

Unfortunately ETCDEV cannot continue to work in the current situation and has to announce shutdown of our current activities pic.twitter.com/N6xWnpBNJJ

ETCDEV was an independent development team made up of 700 members that actively contributed towards the Ethereum Classic source code. Their folding led to speculation that Ethereum Classic as a project would be “dead.”

However, the project outlived the initial scare and has rolled out Atlantis. The next major upgrade will be Agharta whose implementation will tag scalability and full Ethereum interoperability.

Two major improvement proposals for the Bitcoin network, Taproot and the Schnorr Signatures, have been unveiled by Pieter Wuille. Both seek to enhance privacy and handle on-chain scalability. The motivation of Taproot as described in GitHub is to:

“This proposal aims to improve privacy, efficiency, and flexibility of Bitcoin’s scripting capabilities without adding new security assumptions. Specifically, it seeks to minimize how much information about the spendability conditions of a transaction output is revealed on chain at creation or spending time and to add a number of upgrade mechanisms, while fixing a few minor but long-standing issues.”