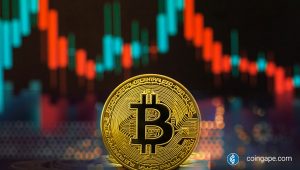 Bitcoin (BTC) witnessed a $1,800 USD drop in less than an hour as the crypto market lost over $65 billion USD on Thursday. Could the huge dip in BTC’s price be the market catching up to the extreme case of Corona Virus – which has affected legacy markets as well – or a case of whale selloff in the market?

According to Chain news, a crypto news outlet, the recent fall in Bitcoin’s price to sub-$6,000 USD level, could be caused by one huge BTC whale miner. Just before the crash, a whale miner transferred over 1000 BTC (approx. $8 million USD) on Mar. 11 to over 55 exchanges including Coinbase, Kraken, OKEx, and Binance.

According to the Chain News info, the BTC was mined back in 2010 and was moved recently from 28 input wallet addresses probably causing the recent dip in BTC price. The report reads,

Could whales be controlling the current dip in BTC’s price across the markets?

In other news, the crash in BTC’s price is causing lags on the system with the latest information showing miners getting affected. According to O Daily, BTC.com, one of the top mining pools of BTC, has seen a lag of over 48 minutes on Thursday as prices crumbled to 11-month lows.

BTC.com failed to produce a single BTC block over the bloodshed hour on Mar. 12, with the last recorded block at a height of 621342. The head of research at Binxin Research Institute, Xiong Yue, wrote on Weibo,

“No block has been produced in 48 minutes. Guess how many bosses just called the mine to shut down? Or is it just a coincidence?”