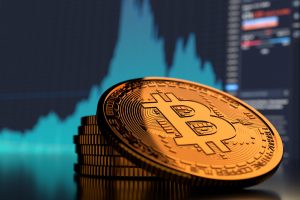 Whether or not Bitcoin will soar after next year’s halving is drawing mixed opinions. However, one Bitcoin (BTC) Technical Analyst is confident that the prices of the world’s most valuable coin will soar to over $141,000 a pop if deductions are made based on historical price action. In a widely shared video posted on YouTube, the analyst is confident that BTC’s price is yet to be priced in and that there is more room for gains.

Bitcoin is a Logarithmic Asset

Bitcoin is considered as a logarithmic asset. That means, unlike most assets, its prices do experience sharp busts and towards the tail end, prices tend to taper, plateauing.

Analysts are confident that despite the clear exponential growth of BTC prices at certain points in time, logarithmic tools are suitable for predicting the asset. By basing their findings on price charts that act as maps, there is context since past action can be sufficient in laying out the framework for future pricing.

Also, the capital market, though appearing trendless with haphazard price movements, carry gems, telling the analyst the story so far.

Bitcoin (BTC) price is synonymous with price volatility. From 50% price spikes or dumps, a review of the last 24 months gives a clearer picture. While there has been no major improvement of the network’s source code following the rejection of SegWit 2X, the coin is the most valuable in the space, and a base in most cryptocurrency exchange.

Hoovering at $8,600, BTC is under pressure, posting losses against the USD and the resurgent ETH in the last week. However, BTC is still dominant in the trading circles, commandeering a market share of 65.6 percent from over 18.048 million coins in circulation.

Given its mega market cap and liquidity, analysts are always pulling their hair, scratching and factoring in all metrics as they try to predict BTC’s prices in the next quarter or year. Considering its weight in the crypto trading space, their attempts are important and anchored on Bitcoin’s rate of adoption. Given its speculative nature, predicting prices based on the rate of adoption is easier, a main component of the logarithmic chart. Therefore, based on that, it would be easier for analysts to project the trajectory of the coin.

In an analysis by Willy Woo, a Bitcoin Analysts who bases his price predictions on on-chain metrics, the logarithmic chart maps out speculation and adoption:

“In this case, BTC is not your typical stock price. It’s a speculative traders game riding on top of an adoption curve. The speculative game is complex, but rates of adoptions are more predictable. In my opinion, the chart runs on this thesis, mapping the deviation of between two.”

As Bitcoin undergoes its adoption S-curve it scribes a "Falcon-9 rocket trajectory" on the long range chart. If we measure the deviation from this arc, it provides clues into where we are in the price cycle. [Chart by @Awe_andWonder] pic.twitter.com/YQF2Oiocf9

Where Bitcoin prices will tread at in the next year is not known. Predictions vary. John McAfee is bold and has predicted BTC to hit $1 million in 2020. Similarly, Thomas Lee of Fundstrat Advisors, following the Chinese Premier announcement and endorsement of Blockchain, declared that the risk-off period is over and BTC could tread higher by the end of the year.