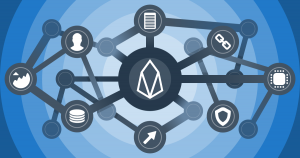 While Bitcoin bulls are buoyant and pumped up, EOS could be a coin to watch in Q1 2020. Not only are BTC prices up a cool 82% year-to-date, but candlestick arrangement visible in the daily chart point to an extension towards the end of the year.

For all the FUD being thrown around, Bitcoin has not only diffused expectation of an altcoin season but sets the tone for what has been repeatedly said over time.

Bitcoin has evolved to be a reliable store of value, less of a medium of exchange or “electronic money” as previously designed by the elusive and anonymous Satoshi Nakamoto. Bitcoin bulls are buoyed and baying for blood after bleeding for the better half of the year.

Surprisingly, while ETH and XRP are down by double-digit figures against BTC losing 11% and 13% respectively in the last week, smart contracting alternatives like Stratis and Waves are amongst the top performers.

In recent times, Ethereum prices have been under a lot of sell pressure and unexpectedly delisted by CoinFloor, one of UK’s longest running exchanges. As reported by CoinGape, the CEO, Obi Nwosu, explained that there were uncertainties around future hard forks as they transited from Ethereum 1.0 to Ethereum 2.0.

“You have to maintain that currency, every time they make an update or a change, and Ethereum has got a long way to go with updates and changes to the platform.”

Within the same time period, EOS is the only coin to register decent gains against BTC in the top 10. By adding 2.34%, at pixel time 11:06 PM, EOS top gains in the top 20. A report by DappRadar recently revealed that a spamming attack on EIDOS significantly impacted the network, slowing down its performance from November 2019.

The EOS price is down 87% from its all-time high but year-to-date, it is next to breaking even against the USD and it is down 4.67%. The upswing against BTC is a correction of the undervaluation visible on Dec 17.

Block One, the publisher of the EOSIO network, recently announced a grant program that will see them issue $50k to promising EOS projects.

The post Bitcoin (BTC) Stopped by EOS Bulls, Gains versus Ethereum (ETH), TRX in the Top 20 appeared first on Coingape.