Bitcoin (BTC) Prices Under Pressure as Miners Accelerate Their Liquidation

Bitcoin (BTC) Prices Under Pressure as Miners Accelerate Their Liquidation 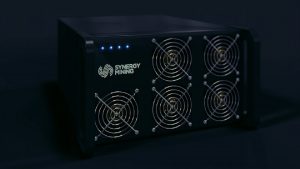 The Bitcoin (BTC) price continues to slide and is now changing hands at $8,750, down five percent in the last trading day. Contributing to this are miners who seem to be heaping pressure on the space’s most valuable coin.

Data reveals that miners who depend on coin liquidation to stay in operation (and in green territory) have been increasingly dumping their coins for cash in the last few weeks.

We reached #Bitcoin miner capitulation territory. Miners have not only become net sellers in recent weeks, but selling has also accelerated. pic.twitter.com/HrwiiRYLYY

As the table turns, miners have sold 941 BTC in the past one week and this could partly explain why BTC has been trending lower within the same period.

In early May, and three days before the halving event, miners were holders perhaps in anticipation of a price spike and therefore a chance to profit from their stash.

Unfortunately, two weeks after halving, prices haven’t recovered and the $10,000 level is one of the biggest impediment for buyers.

The sell wall at the psychological $10,000 mark has been retested on several occasions but to no avail. Still, there is optimism as the Stock-to-Flow price prediction model projects BTC to soar past the $100,000 mark in coming days.

The price of Bitcoin plays an important role in Bitcoin’s ecosystem. Fortified by miners from around the world, some observe that certain on-chain metrics like hash rate (the amount of computational power funneled to the network) is led by price.

If price drops, hash rate often follows. However, the halving event of May 11 has been a significant change as miner rewards were slashed by half. With low rewards, few miners are incentivized to participate since it requires double the effort for the same coins to be mined.

This is regardless of the mining difficulty which was readjusted and slashed by six percent technically lowering the bar and increasing the odds of miners to find new blocks—and therefore rewards.

The readjustment was in light of increasing network fees which rose to over $6 and a falling hash rate which peaked at 137 EH/s just before halving.

The liquidation of mined BTC will present additional challenges for buyers who are bullish, expecting price to rally past the $10,000.