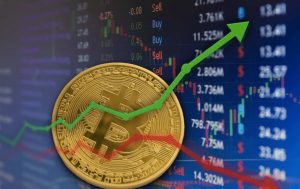 Crypto media outlet, The Block, reported that Binance offices in China were raided as well. However, Binance officials denied the existence of an office in China altogether. It looks like; this is the beginning of the search for truth.

As reported earlier on CoinGape, the news might have possibly acted as a bearish catalyst to Bitcoin’s price.

The CEO of Binance, Changpeng Zhao, has called out the media, let as one that spreads fake news. He added,

If that’s how they want their brand to be known, it makes sense. No apologie so far about the fake news either. Irresponsible journalism.

Frank Chapprano from the media outlet replied to CZ’s demand for an apology with an open letter of challenge. He tweets,

Shortly, I am releasing a 1,400-word piece setting the record straight on Binance’s former office presences in Shanghai, which despite CZ’s denials, shut down recently. It will provide in-depth, unreported, specifics about the culture, locations, and projects being worked on.

The Inconsistencies in Arguments

Binance rests its case based on the “fake headline news of the non-existent “police raid.” One the other hand, the media outlet is looking to find inconsistencies in CZ’s claims of ‘no office’ in China.

Binance was earlier founded in China. However, after the banning of cryptocurrency exchanges in China, it moved its’ headquarters to Malta. Currently, it operates out of offices in Taiwan, Singapore, and Japan, as well. Hence, Binance’s former office presence is a strong possibility.

Now, whether or not Binance had any hands in the last few days of its’ operation is the question.

However, various sources from China have also condemned the news as fake. A crackdown of illegal exchange is on the raise in China. Tai Zen, aka Box Mining, informs social media on the issue. He tweeted,

Raided Chinese Exchanges are based in Shenzhen who explicitly dealt with CHINESE customers & involved ponzies. Binance and Bithumb were NOT raided

As reported on CoinGape, a leading crypto-analyst, Dovey Wan also confirmed from the crypto groups on Chinese Social Media that the news is fake.

Currently, as it stands, Zhao is furious with the outlet and demands an apology for the article, “which damaged our reputation and $btc price.”

Is the Chinese Threat Real?

Nonetheless, the market players are smarter than the superficial view. The liquidation reports on BitMEX and other exchanges indicate a severe loss for bulls.

However, China does seem to have increased its vigilance on cryptocurrency exchanges. Wan reports from the new PBOC update,

Shanghai law enforcement agency will conduct “Special rectification of cryptocurrency-related trading platform, which can be registered overseas, shall be immediately rectified and retired”

Furthermore, she also notes that the Chinese crypto community has been anticipating such regulations since the beginning of the week. While it creates a scare in the market, the crackdown would eventually purge the industry of bad players.  As the big exchanges primarily remain unaffected.

The selling pressure could be arising from China. However, the derivatives market provides for an endless case for such surprises. Eventually, this could lead to drying up of the liquidity from the market. However, long-term trends should remain unaffected. According to Willy Woo, long term trends are based on on-chain investor activity and adoption only.

Do you think a police raid article caused the drop? Please share your views with us.