Bitcoin (BTC) Price Bound by a Symmetrical Triangle, Breakout Can be in any Direction: Analyst 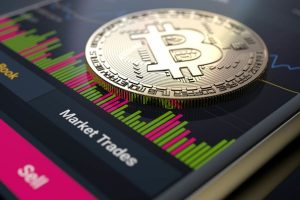 Bitcoin (BTC) prices are consolidating inside a symmetrical triangle. With uncertainty, a popular cryptocurrency trader and analyst is calling for caution and patience. Based purely on technical candlestick arrangement and patterns, the analyst asserts that depending on the breakout, accompanying trade volumes would determine the velocity and confidence of the newly defined trend direction.

BTC is in a symmetrical triangle right now, so traders should watch the direction of the breakout, and look for high volume for added confidence on that breakout direction. pic.twitter.com/VCZ8gbTs1P

After peaking in late June 2019, Bitcoin has been stuck in a firm down trend. This is despite positive developments around adoption levels, increased depth, and approval of several complex derivative products.

Bitcoin is the most liquid and widely traded digital asset. Its tone often determines the direction of the altcoin market since the two are directly correlated, acting as a base for altcoins as shown by coin pairings on different cryptocurrency exchanges.

Traders are confident of a revival. The optimism stems mostly from past candlestick arrangement around this decisive month. In two consecutive years, BTC prices have not only recovered-like at the depth of last year’s crypto winter, or recorded an all-time high like in 2017 when prices soared to $20,000 before falling after the CFTC together with the SEC reportedly popped the crypto bubble by approving two Bitcoin Futures products.

From price action, Bitcoin looks likely to move higher. If BTC bulls have the upper hand and close above the minor resistance line, strongly closing above Nov 29 highs of $7,900, prices could rally to $8,000 and later $8,500 depending on the underlying demand and participation levels.

On the flip side, any steep drawn down below $7,000 or Dec 5 lows could see a significant break below the minor support line towards $6,500, further spelling fear to an already fragile market. For now, confidence stems from the close above the 20-day MA, a feat, as it is happening for the first time after a month of strong bear pressure.

However, this optimism could be misplaced because bulls are yet to reverse losses of the high-volume long upper wicked candlestick of Dec 5. From an effort versus effort point of view, sellers have an advantage. It is for this reason that bulls must accumulate and break above $7,900 for an uptrend to be clearly defined, quashing determined sellers.

The post Bitcoin (BTC) Price Bound by a Symmetrical Triangle, Breakout Can be in any Direction: Analyst appeared first on Coingape.