Bitcoin [BTC] on the Cusp of a Parabolic Breakout and Local Top at $10,000: Analysts

Bitcoin [BTC] on the Cusp of a Parabolic Breakout and Local Top at ,000: Analysts 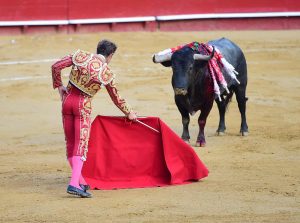 Bitcoin [BTC] price action continues to indicate indecision among traders with side-ways chopping action. The bulls seems to be getting rejected horizontal resistance levels around $9850 – $10,000. Nevertheless, the market structure in the shorter time-frames project bullish sentiments with higher lows.

On the four hour chart, the price is forming the bullish cup and handle chart with targets around yearly highs at $10,500. Derivatives trader and chart analyst, Tyler D. Coates, took a twitter poll to judge the sentiments.

Will this bull flag / cup and handle / ascending triangle be enough to breakthrough $10,000? $BTC

With around 300 responses, the poll results are indecisive with equivalent bull and bear responses. Moreover, Mati Greenspan, financial analyst and founder of Quantum Economics also pointed out at the ascending triangle looking for a break-out. The targets of the bullish pattern is at $11,375.

Veteran trader, Peter Brandt, highlights the trend-line along with the local tops around $13,800 and $10,500 in the previous bull runs. A break-out above these levels could be significantly bullish for the price.

Tuur Demeester, a financial analyst and partner at Adamant Capital markets the current levels post the 2019 break-out above $4,200 as the re-accumulation zone, he tweeted,

12 months ago bitcoin broke out of its accumulation phase, and re-accumulation started. A break out of this band will likely ignite another parabolic rally.

Nevertheless, if the bulls fail to break above the current levels, the price could likely revisit support the $4,000-$4,500 range. Currently, $10,000 is forming a strong psychological and technical barrier to the bulls. As the uncertainty stays put, short-term volatility will look to drive out over-leveraged positions on either side, short or long.

Do you think Bitcoin is ready for another parabolic move to the upside? Please share your analysis with us.

Original Source: Coin GApe Bitcoin [BTC] on the Cusp of a Parabolic Breakout and Local Top at ,000: Analysts