Bitcoin (BTC) Now Finding a Middle Ground, $3K Was an Overreaction to the Downside – Crypto Analyst 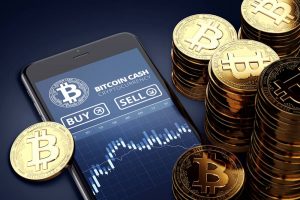 People talking about Bitcoin (BTC) free falling to $3,000 are more unreasonable than those who are bullish, expecting prices to soar back to $20,000. This is the debatable opinion of a leading crypto analyst, CryptoDonalt, who explains that at spot rate, BTC is at a level ground.

Overreactions to Downside and Upside

Whether BTC will rally or not is a source of discourse. Permabulls and no-coiners are locked in a never-ending argument when opposing camps lay down reasons as to why they are confident of their stance.

However, one thing is clear. Bitcoin will be a go-to digital asset even if the number of organic searches in countries like China, where crypto trading is barred but nonetheless strategic, is dropping, insinuating a fall in interest on a valuable digital asset stocked by Chinese merchants.

A shake out for weak Miners

As it is, BTC is at a crossroads. While there is optimism that it will stabilize, bottom up and edger higher ahead of halving, it will also be marked by the US elections, expected to be hot and highly competitive. So far, its performance has been dismal characterized by low trading volumes.

Week-to-date, the coin is down 10% against the resurgent greenback forcing it below the main support line at $8,000. As traders search for direction and double guess maturing regulators’ position, weak miners are already feeling the brunt of low prices, with some reported to have capitulated as mining simply becomes unprofitable.

BTC Could Slide Back to $4,500 Before Rallying

Discussing Bitcoin’s outlook, Willy Woo, an on-chain analyst, and Tone Vays, a trader, projected that BTC could tumble to as low as $4,500, a 71% fall from this year’s high before prices bottom up as the market prepares for May 2020 halving.

“I’m totally back in cash now. There doesn’t seem to be obvious sign of reversal. Going to sit on the sidelines until there is more indication.”

Woo’s and Vays’ assessments could prove to be the antithesis of CryptoDonalt’s position more so if the latter’s analysis came to pass.

The post Bitcoin (BTC) Now Finding a Middle Ground, $3K Was an Overreaction to the Downside – Crypto Analyst appeared first on Coingape.