Bitcoin [BTC] Mining Hashrate Expected to Rise Towards May End in China: Report

Bitcoin [BTC] Mining Hashrate Expected to Rise Towards May End in China: Report 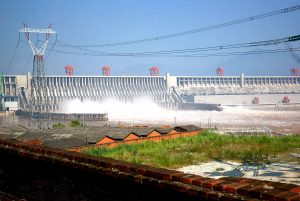 Bitcoin [BTC] mining hash-rate has dropped to March lows after as inefficient and old generation miners are being driven out by low profitability. Nevertheless, the arrival of the flood season by the end of the month is expected to cause an uptrend in hash-rate with the availability of cheap electricity.

China is witnessing a comparatively dry rainy season this year, this is increasing the cost of electricity for miners with the Government restricting mining in come areas as well. According to a report by blockbeats, the consumption has surged by over 20% while, ‘water inflow in every river basin of the province (Sichuan) was about 20% lower.’ This is putting a lot of pressure on thermal power plants.

Coupled with halving of mining rewards, this has been a worrying signal for the miners. Thomas Heller, the global business director at F2Pool, tweeted,

Due to the high temperature in Chengdu in recent days, priority for elec. has been given to residents rather than mining farms. This is why we saw a further drop in network hashrate a couple days ago.

While price dominates the mining action, the increase in the hash-rate during the hydro-season is evident in the last two years.

China is the global leader in Bitcoin mining with reportedly around more than 60% of the total hash-rate. Mining is concentrated in the southern provinces where rainy season starts around April. The flood season for the year 2020 is yet to come. Moreover, the cost of electricity is expected to be cheaper as well. Heller added,

Hydro season in China is always unpredictable. This year, all-in hosting prices are 5-10% cheaper than last year (around $0.03 – $0.033 this year). The hydro season is anticipated to start around May 25.

The availability of cheaper electricity is likely to reduce the selling pressure from the miners in the market. The first difficulty adjustment after halving happened with a 6% drop on 19th May. While the drop in prices raises the anticipation around further miner capitulation, the next two-three months with abundance of cheap electricity will be critical for miners’ yearly revenues.

Do you think that the miners will sell faster or look to accumulate in the flood season? Please share your views with us.