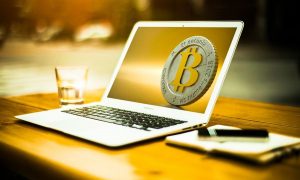 The market is reeling from last week’s sell shocks. Disrupted by steep losses, a reminder of 2018 winter, Bitcoin may be on its way up, at least going by an analysis of shorts and longs positions relayed from Bitfinex.

Mati Greenspan, the Founder of Quantum Economics and a Licensed Portfolio Manager, noted that the number of Bitcoin longs are at their 9-months highs, retesting levels last seen in February 2019. At the same time, the number of BTC sellers seem to be waning, and near their lowest level ever. Taking to twitter, the former eToro analyst said:

“It’s very clear what the market thinks of this latest selloff! Bitcoin buy positions (blue line) are at their highest level since February, while bitcoin sell positions (orange) are near their lowest level ever.”

The cryptocurrency market is cautious given the velocity of last week’s crumble. After prices broke below the psychological $8,000 mark at the back of high trading volumes, there were fears that BTC would drop to $6,000 or lower.

Leading analysts like Tone Vays, while discussing the state of the market with Willy Woo, an on-chain Bitcoin analyst, cautioned his followers to avoid the market until when there were strong reversal hints. Vays had previously projected Bitcoin to slump below the $5,800 level in a punishing correction from June 2019 highs, adamant that last year’s crypto winter wasn’t over.

A glance at BTCUSDLongs from the provider, Bitfinex, points to a spike in participation. Apparently, there is a surge in the number of buys.

While bulls load up their position, it appears as if sell pressure is fizzling out. It could be a perfect opportunity for short sellers to exit their positions, fade the market and enter long positions with ample targets at $8,000 or better in days ahead.

$7,300 is the Immediate Resistance

In the daily chart, BTC has found support, a much-needed pause.

There is a double-bar bullish reversal pattern, and the coin is up 6.3% in 24 hours. Although losses of Nov 22 are yet to be reversed as prices break above $7,300 giving a pass for bulls, odds are that this accumulation could give impetus to bulls aiming at $8,000.