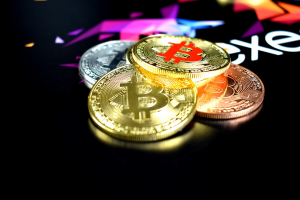 The price of Bitcoin could recover because of the failure of bears to force liquidation below an important support trend line in the 4HR chart of the BTC/USD pair according to a relieving analysis from one of the space’s leading trader.

BTC didn't close below the pink trendline on the four hour, and is currently trying to recover above it. pic.twitter.com/BIbBROlj98

At pixel time, Bitcoin is changing hands at $7,230, trending lower from last week’s close but nonetheless generating $15 billion worth of trading volumes in the last 24 hours. Despite bear pressure, BTC is actively traded, dominating market share. Bitcoin is listed in all cryptocurrency exchanges where aside from fiat currencies, the coin acts as a base, anchoring altcoins whose prices are directly correlated with BTC’s.

Over the past two months, BTC prices have been on a firm down trend. Although there are no specific triggers that market participants can pin recent liquidation to, traders are confident that prices will recover in the next few months. Technically, candlestick arrangements are supportive of BTC bulls.

From the chart, sellers have an upper hand. However, a reprieve and a ray of hope for bulls is the failure of bears to persist and close below the psychological $7,000 support level. In the daily chart, buyers are suppressed and capped at below $7,500. For trend resumption, it is imperative that bulls muster enough momentum and close above the $7,300-500 zone at the back of high trading volumes.

In that eventuality, not only will they confirm the strong uptick in trading volumes and price of early December but set the tone for better prices, readying the ground for even better prices going into a definitive 2020. Many analysts and Bitcoin influencers are confident, expecting next year’s halving to trigger demand and consequently price BTC higher.

If that is the case and the rejection of lower prices culminate into BTC support towards the tail end of 2019, BTC HODLers are well positioned to recoup losses and build on Q1-2 2019 strong gains.

While the cryptocurrency community is expectant, pinning their hopes on Bitcoin superior qualities and its evolution into a store of value, digital asset, Mark Cuban, the billionaire and shark Tank star sees no future in the pioneer coin. Instead, he would rather hold bananas than Bitcoin because of the former’s edibility.