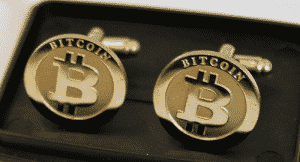 Bitcoin-and the cryptocurrency market, is crumbling. In a trend continuation phase that builds on strong bear impulses of late November 2019, sellers are stepping up, dumping coins en masse. At press time, Bitcoin is trading below $7,000 as its market capitalization sheds $12 billion in the last week, dropping from $134 billion as recorded on Dec 10 to $122 billion today. Safe the bears, Bitcoin is still up 87% year-to-date.

Even though the follow through ushered in bulls, the resulting demand didn’t lift prices above the 20-day Moving Average, the middle BB, of the Bollinger Band and was a correction of the temporary under-valuation of Nov22-25. Then, traders was expecting a strong pullback from around the $7,100-$7,400 levels BTC had sunk to.

For now, BTC prices are retesting November 2019 lows and any drop below $6,500 could mark the beginning of yet another wave of lower lows that heap more pressure on an already fragile Bitcoin. Worse, it could affect the market sentiment of already pessimistic traders and holders.

From the chart, the BB Squeeze John Bollinger had highlighted resulted in a BTC capitulation. As Bitcoin broke down, the number of Bakkt’s Open Interest is at all times, meaning more traders continue to hold to their positions.

New all time high in the Open Interest for Bakkt's BTC Futures. pic.twitter.com/dDXZVxmVSU

Open Interest is an important measure that indicates the number of “open positions”, whether long or short, of a crypto derivative product.

Contrary to today’s price action, earlier statistics showed that most derivatives traders were upbeat of Bitcoin, betting that by the end of Dec and March 2020, BTC prices would be higher. For that specific reason, the Bitcoin Futures of Dec 2019 and March 2020 were available at a premium.