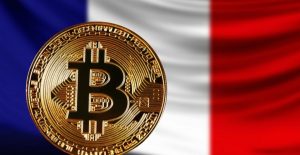 France courts make a landmark ruling on the cryptocurrency field as Bitcoin is described as a “fungible intangible asset”, equating the top crypto to fiat currency. The ruling opens up the country to BTC operations and payment systems as well as market adoption and liquidity across the field.

Bitcoin accepted as a legal currency in France

According to reports from L’Agefi, the Commercial Court of Nanterre made a ruling on Feb.26, offering an unprecedented role of Bitcoin as a “fungible intangible asset”. This means BTC is recognized as an interchangeable asset, similar to fiat currency.

The courts made the decision in context of a case between two parties in a loan agreement that involved Bitcoin (BTC) before the halving. According to the report, French exchange platform, Paymium, loaned 1,000 BTC (approx. $500,000 USD at the time) to BitSpread in 2014, long before Bitcoin ever had a fork.

Come 2017, the Bitcoin network forked into two creating the Bitcoin Cash chain, and along with it a 1,000 BCH in the process. The dispute between the two cryptocurrency companies arose as Paymium demanded that the BCH minted in the hardfork as theirs. The question of return to lender or keep has since seen the courts set precedence in France.

Hubert de Vauplane, lawyer at Kramer & Levin, believes the decision gives Bitcoin similar capabilities to fiat currencies and other financial instruments such as stocks. He said,

“The scope of this decision is considerable because it allows bitcoin to be treated like money or other financial instruments.”

The courts ruled in favor of the borrower, as the BCH remained with BitSpread similar to shares and dividends – the “consumer loan”. This law is usually applied to financial instruments and fiat currencies meaning Bitcoin will be able to facilitate legacy finance transactions. Hubert continued,

“It will therefore facilitate bitcoin transactions, such as lending or repo transactions, which are growing, and thus favor the liquidity of the cryptocurrency market.”

The field however is set to change with loan contracts of crypto set to filled with clauses in case of a hard fork in order to avoid such a scenario in future.

The legalization of BTC in France follows the recent reversal of a nationwide ban on crypto in India and continued regulatory efforts from the Chinese government and European Union.